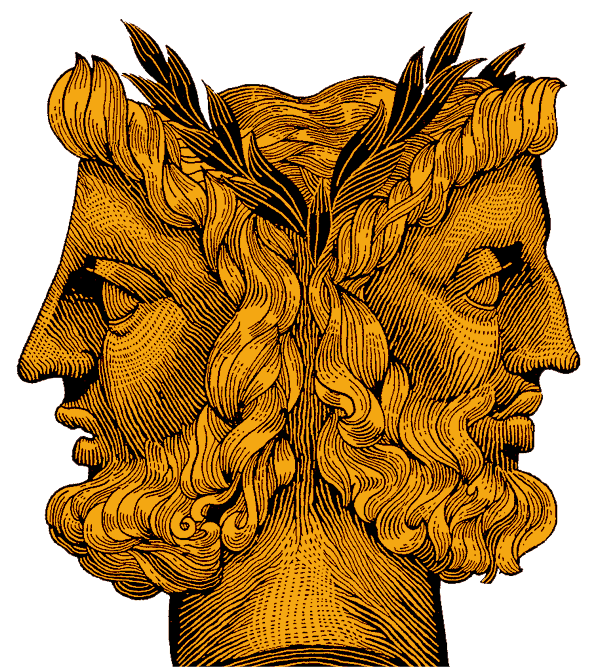 God Janus. Everything has 2 faces.

COVID-19 – PAUSE-RESET
Whether man-made or not, the impact is the same.
At least, the world is more informed about the despicable animal treatments and infamous wild animal industry in China [and elsewhere, Africa i.e]. A lot of it has to do with old beliefs in medicinal use of living creatures. My point of view: although certified in Chinese methods, I have always refused to use the old Chinese pharmacopeia. Because, the ingredients and vibrations felt low if not unacceptable.

A FEW IDEAS
“The epidemic spreads from China to Iran in mid-February 2020. These two countries have been closely linked since ancient times. They share many common cultural elements [mkl ?]. However, the Iranian population is the world’s most lung-weakest. Almost all men over the age of sixty suffer from the after-effects of the US combat gases used by the Iraqi army during the First Gulf War (1980-88), as did the Germans and the French after the First World War. Any traveler to Iran has been struck by the number of serious lung ailments.”
In view of the US sanctions, no Western bank covers the transport of medicines. Iran found itself unable to treat the infected and care for the sick until the UAE broke the embargo and sent two planes of medical equipment.” https://www.voltairenet.org/article209501.html

CHINA still believes in the necessity to be in harmony with Heaven: “Within days, it built hospitals; sent teams to each house to take the temperature of each inhabitant; took all potentially infected people to hospitals for testing; treated those infected with chloroquine phosphate and sent others home; and treated the critically ill with recombinant interferon Alfa 2B (IFNrec) for resuscitation. This vast operation had no public health necessity, other than to prove that the Communist Party still has the heavenly mandate.” [mkl: my quoting of Thierry Messan does not imply that I agree with all his assumptions. Read and decide for yourselves].

MANLIO DINUCC’s article, now quoted by US writers [Wilcock, then copied by Salla, etc among others]. In one of my often trusted source: https://www.voltairenet.org/article209469.html

Why would 20,000 US troops move, travel in Europe during the ban, hugging, shaking hands? Just because the US does not truly value the life of soldiers? “The first armored unit arrived from the port of Savannah, USA at Bremerhaven in Germany. A total of 20,000 pieces of military equipment are arriving from the USA at six European ports (in Belgium, Holland, Germany, Latvia and Estonia). 13,000 others are provided by the stocks that were pre-positioned by the US Army Europe, mainly in Germany, Holland and Belgium. Tens of thousands of soldiers will cross the frontiers to perform exercises in ten countries. In Poland, US soldiers will arrive in twelve training areas, equipped with approximately 2,500 vehicles. US paratroopers from the 173rd Brigade based in Venetia, and Italians from the Brigade Folgore based in Tuscany, will go to Latvia for a joint launching exercise.” https://www.voltairenet.org/article209437.html

What was the true purpose of the march NATO meeting? “The Ministers for Defense of the 27 countries of the EU, 22 of which are also members of NATO, met on 4 and 5 March in Zagreb, Croatia. The central theme of the meeting (in which Lorenzo Guerini of the Democratic Party represented Italy) was not to seek a response to the Coronavirus crisis which is jamming up civil mobility, but how best to develop « military mobility ». The decisive test is the Defender Europe 20 exercise, scheduled for April and May.

ASTROLOGY:
Although no astrologer -to my knowledge- saw the bug coming, the events are coherent with the transits. Best found summary: https://astrologyking.com/coronavirus-pandemic/
What I personally mentioned in the article‘2020, do we have a choice’:
“Jupiter, the traditional ruler entered the Capricorn on December 2nd, 2019. It joined the pack, magnified the December 26 solar eclipse, conjuncting Sun, Moon and the South Lunar Node. As expressed a few days earlier (December 15th), Jupiter is now assisting Uranus in the Taurus (Trine).

Capricorn is associated with hierarchy, power, cold power, ascension. Because of the position of Jupiter in the Capricorn, some of the 2020 transits could suggest two paths, one being the rise of despotism, or of a strong force or an event that would adjust the situation. Or a sudden move involving a dictator.”

Food 4 thought: if astrology fits with possibility of pestilence, catastrophes, again, is the Babylonian zodiac a part or a picture of the 3D matrix?

Although no more in power, this is a last convulsion of the old beast. It looks like one the last pages of the Zion Protocoles.

For years, dark DDS [DarkDeepState] has been looking for a good reason to take control by force and restrain the populace. CV19 is the best weapon. Everyone ducks down, retreats home, and only use the internet. What a perfect set-up! Fear, kill all small businesses and test how the good people obey. Yet, the New spiritual Government has been in charge since 2014 and will not let down the Earth and the human race, All preparations for the new paradigm are completed.

in the meantime, the energy field has been intensely manipulated for weeks [my whole body responds with shivers++]. Our brains and heart chakra assaulted. May be a higher-level download, as many want to believe, but it did no feel so.

We are at a crucial time. The Creator’s and Archangelic protection has momentarily been removed. The obsolete and dark magical communication channel with the divine – Baphomet – was fully destroyed. Its imparted life-spam ended at the December 2019 eclipse. It was used by secrets societies since about 980 CE. This magical and arrogant use of a fragment of the Creator’s vibration is what gave them their power. Although, to be fully honest, this channel to the Divine was the only available in view of the global Cosmic Divine Body [or Adam Kadmon’s Body] and earth/mankind inter-related stages of evolution.
The new connection with the Divine Protector, the Archangel Michael, can only occur through your own heart and full support of the Divine Plan. Your frequential signature is your key.
My attempt to create a sacred space to anchor this vibration was received with increase conflicts. To prepare for the immediate present, foreseen months ago, I have closed the Saint Michael Sanctuary and forcibly removed, cut all anchors of this magnificent Presence from the ground.

This cannot happen without consequences, a momentarily spurt of energy for the DDS.

POSITIVE ASPECT OF COVID-19
As we are moving in the aquarius Era, yet with a general low level of evolution, mankind is first processing the indesirable aspects of the Aquarian: exacerbated sense of self, independence, the selfie and me-first pandemic, the downside of globalization.
“China’s status as the birthplace of the coronavirus pandemic could turn the public health crisis into a disaster for “Belt and Road,” the international infrastructure initiative at the center of the communist power’s foreign policy strategy.
“This pandemic is reminding us that connectivity doesn’t just carry good and nice things but also illicit and deadly things,” Jonathan Hillman, a senior Asia analyst at the Center for Strategic and International Studies, told the Washington Examiner. “The Belt and Road was already shrinking and running into problems in certain places. And I think this is really going to put the brakes on it.” https://www.washingtonexaminer.com/policy/defense-national-security/chinas-bungled-coronavirus-response-threatens-belt-and-road-foreign-influence-initiative
The next step is to stop, rethink, rebuilt the foundation, with higher living principles and true love.

As you know, there is always a blessing in any challenge. Stranded at home. Restrained contacts with others. The collapse of the economy. Time to reset our priorities: family, life as sacred. Stop the greed-fame-fun-cellphone concept as the ideal life. Eat home-cooked meals.

And, my favorite, the one no one likes: space helps cutting karmas… here we go again. Space is helping to destroy the matrix that we hold with our brains and memories. Life and the Creator’s Divine Purpose always win.

Are we preparing a magnificent event? How fast can we do it?
What Dark deep state could not stop: the anchoring of the New Jerusalem, supported by the building and opening of the new vortex, the new bridge with our Cosmic Brothers/Selves and Cosmic Body. All, almost all, is completed. Amen, acronym…

HOMEOPATHY HELPS:
As a pioneer and veteran in the fields of Integrative Medicine, I have selected and purchased a set of emergency remedies. Unlike Boiron, the giant homeopathic remedies provider, I firmly believe in the capacity of the remedies to strengthen the immune system and change our bodily responses. Of course, no treatment, either allopathic or alternative ever guaranty the level and speed of results.
Although mocked by myriads of uneducated voices, I agree with the Indian authorities recommending homeopathy, ayurvedic products and a lighter diet.
It would be a shame if big-pharma would not benefit of the situation!

Private sessions available through the internet. MAKE AN APPOINTMENT

As for BOIRON: Let’s be courageous and protect ourselves, shame on your leaders. Why did Boiron has profited from the public’s and practitioners’ reaction to order and stock specific remedies. Why did they fulfill orders? “We are not recommending the use of our products for treatment or prevention of the Coronavirus symptoms…follow the advices of the governmental, etc. .. with this message, now removed, Boiron USA cut at the root rumors about the supposed efficiency of its products…” 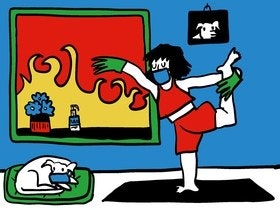 “As they forage, bats pollinate around 500 plant species, including mangoes, bananas, guavas and agaves (the source of tequila). Insect-eating bats may consume the equivalent of their body weight in bugs each night – including mosquitoes that carry diseases like Zika, dengue and malaria.

Grey-headed flying fox feeding on flower nectar, Queensland, Australia. Its face is covered with yellow pollen, which it will spread to other flowers. Andrew Mercer/Wikipedia, CC BY
Bats convert these foods into droppings called guano, which nourish entire ecosystems, have been harvested for centuries as fertilizer, and have been used to make soaps and antibiotics.” https://theconversation.com/its-wrong-to-blame-bats-for-the-coronavirus-epidemic-134300

Labs cooperation: “Facing this crisis, we assembled a team here at the Quantitative Biosciences Institute (QBI) at the University of California, San Francisco, to discover how the virus attacks cells. But instead of trying to create a new drug based on this information, we are first looking to see if there are any drugs available today that can disrupt these pathways and fight the coronavirus. So far, we’ve identified 27 FDA-approved drugs that we hope will narrow and speed up the search.
The team of 22 labs, that we named the QCRG, is working at breakneck speed – literally around the clock and in shifts – seven days a week. I imagine this is what it felt like to be in wartime efforts like the Enigma code-breaking group during World War II, and our team is similarly hoping to disarm our enemy by understanding its inner workings.”
https://theconversation.com/covid-19-treatment-might-already-exist-in-old-drugs-were-using-pieces-of-the-coronavirus-itself-to-find-them-133701
for French readers follow professeur Didier Raoult, He mentioned Chloroquine phosphate, a medication for paludism early march.
https://www.lelibrepenseur.org/le-pr-didier-raoult-confirme-lefficacite-de-la-chloroquine-un-traitement-contre-le-coronavirus/ now, In Italy, Covid-19 spreads only in regions affected by malaria (Voltaire 3-23) 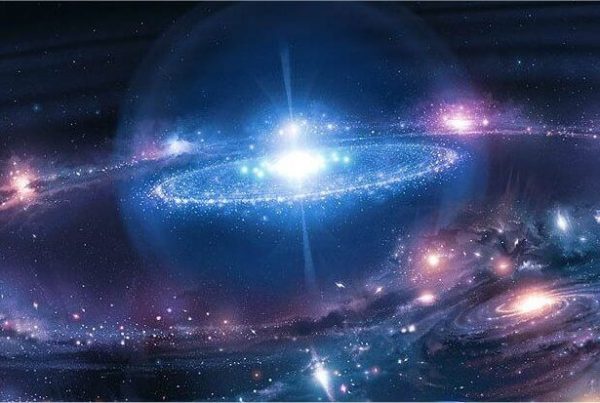 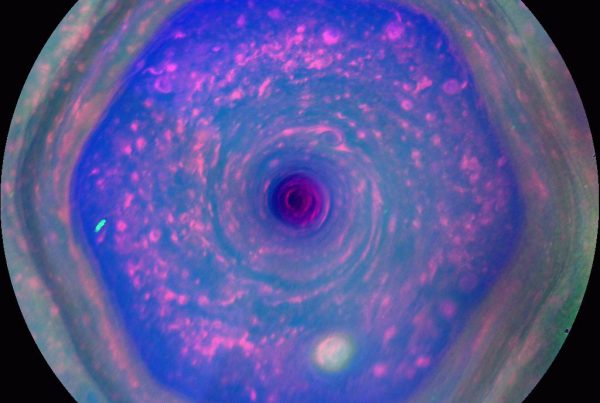 Saturn, Chronos, Cronus, How Are You Impacted, members only