Surrender to, enjoy the Ascension Frequencies

Surrender to, enjoy the Ascension Frequencies

In the last few days, looking again for the best way to build a bridge with the spiritual movement, I have listened to, read many blogs…. I am probably responding to Eris, goddess of Discord, meeting Uranus today.

What struck me is that the most acclaimed speakers are discovering and brandishing the information released 25, 30 years ago, … another generation being informed, unfortunately without mentioning the true veterans of the disclosure movement.

This is attributed to the mysterious Cobra: “After the plandemic plan did not have the desired effect, the Dark Forces have stepped up their efforts to increase End Time madness. The Jesuits, Knights of Malta and Knights of Columbus are now polarizing political left and political right in the United States to engineer civil war. The protests which erupted last week have been deeply infiltrated and manipulated. Etc” https://prepareforchange.net/2020/06/03/cobra-update-peace-meditation/

Unless, the earth human matrix is releasing another memory layer related to that, it would be better to let go of the old, same rancid soup. All these stories and groups belonged to the old timeline that was aborted, terminated in 2016.

To be fully honest, living in a new community in the US, I still have waves of nostalgy for the European splendid cathedrals. Or, as displayed in the documentary Silk Road, for the architectural treasures in the Orient, the old mosques, the unique visual refinement of the old Persian world.

Although most countries are trying to return to normality, the Covid threat still lingers, still of a questionable origin. “Former papal nuncio to the US (Holy See ambassador), Archbishop Carlo Maria Viganò, wrote to President Donald Trump on 7 June 2020 beseeching him to stand firm against the alleged anti-racist protests. The Archbishop believes that the public response to the Covid-19 pandemic was medically unfounded and constituted the largest social engineering operation in history. According to him, it was sponsored by the same actors as those behind the world demonstrations sparked by the killing of George Floyd in Minneapolis. Having failed to impose their views on President Trump, these actors are now distorting his words to cut him off from his electoral base.”

“VATICAN CITY (CNS) — President Donald Trump said he was “honored” by an open letter from a former Vatican official who claimed that restrictions to prevent the spread of COVID-19 were part of a Masonic plot to establish a new world order. In the letter released by LifesiteNews June 6, Archbishop Carlo Maria Vigano, who served as nuncio to the United States from 2011 to 2016, also claimed that “civil disturbances” in the wake of George Floyd’s death in police custody were provoked by “deep state” operatives because “the virus is inevitably fading” and “the social alarm of the pandemic is waning”
https://catholicphilly.com/2020/06/news/world-news/trump-honored-by-former-nuncios-conspiracist-tome/

We seem to have plunged a little more into the darkness of the new world order and into the technological era prepared since the end of WWII. If you are not familiar with this forgotten video, watch: The Unabomber, LSD and the Internet (available on youtube), we are in the final phase of implementation of the plan. The internet, the web, technology became vital and participation in the robotization was made mandatory with Covid19. Work on line, bills on line, shopping on line, entertainment on line, virtual art. Although this fits with the concept of an illusory world and reality, the soul is strangled and relegated to the past.
What about the promised ascension? Focus, focus on your intent, while letting go of the wheel.

Everything is ready, encoded. The Cosmic structure, the Cosmic Body in which we experience life has changed. The intrinsic relationship between Draco and Vega, between the Pleiades and the Great Bear have moved to a Christic level. Draco-Vega and Pleiades-Great Bear can be seen as two axes, a grand cross ruling the equilibrium of the Cosmic Body.

Pleiades-Great Bear rules the balance Spirit/masculine-Matter/Feminine frequencies, within the system. This is comparable to the balance of Ida-Pinguala, the polarities rivers in your human structure, horizontal axis.

Draco-Vega is the vertical axis, the spine, the Creator-god/Spirit willingly falling into matter, expanding self-knowledge, then returning to Self-integrity at a global higher level. At human level: god-self vs incarnated self.

At a cosmic, collective level, the heart frequency rules. The material world must follow. The present turmoil is a reaction. Fortunately, the old beast’s convulsions will not last.
Everyone is inundated, permeated by the new, ascended vibrations. Do not resist. Continue paying attention to the messages given by your body. Your body is intelligent and naturally adjusts. What creates resistance are the old habits and/or the ego. Focus on the present, which is always perfect and, dare to say, eternal.

[I might have publish this quote earlier…, sorry}
About Archbishop Vigano Maria: now retired, fearing for this life [?]. “In the summer of 2018, he released a blockbuster 7,000-word public letter denouncing Pope Francis while the pope was on his way to Ireland for a historic visit, calling for Francis to resign and accusing him of both covering up sexual abuse charges against prominent clerics, including then-Cardinal Theodore McCarrick, and promoting a “homosexual current” in the Vatican curia. In the aftermath, few in a position of authority in Rome or in the United States would go on the record for or against Archbishop Viganò. He himself claimed he was in hiding, fearful for his life. The Vatican played the ancient game of romanita, wait and see, waiting for the chips to fall.” https://www.americamagazine.org/faith/2020/06/12/archbishop-vigano-aligning-trump-stay-spotlight-pay-him-no-attention

Unabomber, notes: An interesting twist published in 2012 in the Huffington Pos: “Ted Kaczynski was included in the 50th anniversary alumni directory has roiled the class reunion. Better known via his nom de plume (or “guerre,” as he might have it) as the “Unabomber,” Kaczynski listed his occupation as “prisoner,” his awards as “eight life sentences” and his publication as his 2010 manifesto “Technological Slavery.
During Kaczynski’s sophomore year at Harvard, in 1959, he was recruited for a psychological experiment that, unbeknownst to him, would last three years. The experiment involved psychological torment and humiliation, a story I include in my book Mind Wars: Brain Research and the Military in the 21st Century.”
The man who conducted the humiliation experiment was the brilliant and complex Harvard psychologist Henry A. Murray… Before World War II, the U.S. government asked him to do a psychological profile of Hitler, and during the war he helped the Office of Strategic Services (later to become the CIA) to assess its agents…. . Murray himself is said to have supervised psychoactive drug experiments, including Leary’s.”

Read this page, it is worth it: https://www.huffpost.com/entry/harvards-experiment-on-th_b_1545919

“YouTube has deleted the conspiracy theorist David Icke’s official channel from its platform.
The Google-owned video clip service acted after repeatedly warning Mr. Icke that he had violated its policies by posting misleading information about the coronavirus pandemic.
However, the firm will still allow videos posted by others that feature Mr Icke to remain live, so long as their content does not break its rules. It follows a similar ban by Facebook.

“YouTube has clear policies prohibiting any content that disputes the existence and transmission of Covid-19 as described by the WHO and the NHS,” a spokeswoman told the BBC.” https://www.bbc.com/news/technology-52517797
Is David Icke The Son of God or a son of God? https://greenpolitics.fandom.com/wiki/David_Icke

Clif High another veteran, creator of Web bot
whose information were copied https://www.halfpasthuman.com/,   predicted Covid:
Remember Cliff High from Half past Human and his ALTA reports ( Altruistic Language Trend Analysis)?

REDIT: “There is some recent discussion online that Cliff HIgh had predicted the coronavirus in his reports, so I looked through the ones I had bought. I thought you might be interested in this excerpt from his December 2016 ALTA report:  The ChinaPop (China Population) sets have new growth for a ‘lung disease’ that will be of concern, not as with any of the ‘scare pandemics’, but rather ‘actual concern’ and ‘worry’ is indicated on the part of the ‘central authorities’ as they will be trying ‘desperately’ to avert a ‘real pandemic’. The ‘lung disease’ does not show as a regular ‘influenza’,
https://www.reddit.com/r/China_Flu/comments/f6va88/remember_cliff_high_from_half_past_human_and_his/

LEBANON: A 105 miles human chain across the country
Protesters across Lebanon joined hands on Sunday to form a human chain that connected the country’s north and south, a symbolic display of national unity during a period of political turmoil.
Nearly 170,000 people joined the chain, which ran from Akkar to Sidon, said Dr. Sally Hammoud, an event organizer.
“It was a symbol to show the world that we all are united and nothing can break us, and most importantly, we are peaceful,” she told CNN.
The chain spanned 105 miles (170 km), cutting through Beirut, Tripoli, Dbayeh and other cities.” https://www.cnn.com/2019/10/27/middleeast/lebanon-human-chain-trnd/index.html

Two eclipses ‘one opposite America’s ascendant, …. the next opposite America’s Sun and square America’s Saturn’ implies ‘ a fundamental change; it is pretty irreversible, it is equivalent to an upgrade’. Well, he suggests Michele Obama as Biden’s vice president. Not my cup of tea. 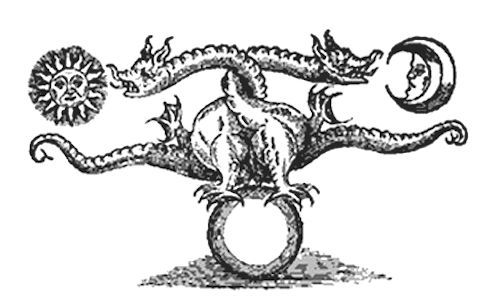 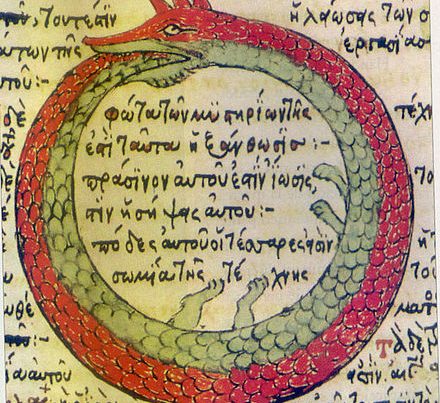