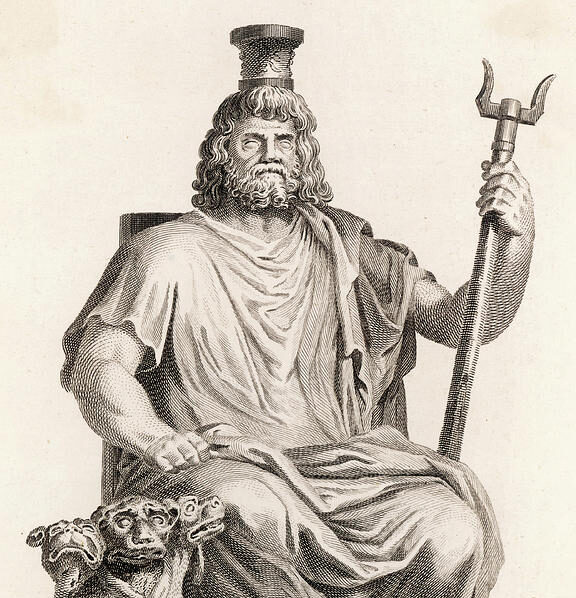 February, Peak of US Pluto Return and Mars

FEBRUARY, THE PEAK OF THE PLUTO RETURN and MARS

PLUTO and Mars in Capricorn: structures changing with a big bang?

The most important occult event this year, for the United States and consequently for the world economy and balance is the exact, the peak of the Pluto Return in the chart of the US, on February the 20th.

I do not think that I should repeat what the Pluto Return is. We covered that twice already. But this is a great, clear post on the subject:

Another good post: America’s Pluto Return. The unconscious desires of the soul of… | by Daljeet Peterson | astrolab21 | Jan, 2022 | Medium

“There are a lot of interesting aspects in the USA chart that we could explore. But here our focus is on Pluto. So if we consider that in this instance Pluto represents the unconscious desires of the soul of the nation, then we can interpret this Capricorn/2nd House placement as indicating issues around a transformation in values — economic values, political values, cultural values. This is one of the key reasons for America “incarnating” at this specific time in history.”

I have been wondering about the most significant subject to tackle. It looks like there is a new window for healing old traumas.

For those who have attended the last threefold webinar, have you noticed any changes? Any insight and significant move in your sub personalities? I did.   A positive change, another level of healing.

How are you? How are you reacting or functioning in the continuous stress? Mars visits the Capricorn, and is exalted in this sign, thus comfortable and more potent.  Decisions, action, movement, change. Pay attention to your decisions.

A full study about Mars, if you feel like it:

I have been focusing on writing while working on deep transmutation of the past occult structures of the planet that were/are under My Presence tutelage.  More than ever, I truly feel the non-dual nature of the manifestation process. While the worlds of politics and finances are still pushing on a partisan, divided society, I am, since the last Great Conjunction (end of 2020) feeling the necessity to emphasize on removing any duality within our consciousness.

Duality is only part of the illusion, enabling the experience of life. Sleep-wake. Giving-receiving. Laugh and cry. There is only one life, expression of the Divine Heart-Mind seeking awareness and expansion. The Divine Purpose strives without judgement and emotions, thus without suffering. If we can stand back and pose, cease judgement on ourselves, people, events, the exterior manifestation of life, then we will find peace and welcome the incessant flow of divine abondance.

Now, let’s speak briefly about Pluto, still in Capricorn. Pluto is not only slow but will be stationary retrograde from April 29th to October 8th, 2022. While Capricorn, ruled by Saturn, represents business as usual, we are witnessing the breakdown of the past rules and established authorities. During the retrogradation, Pluto will dig deeper in the system to renew the governing structures of our societies as well as the dual system that was set for the global initiation process.

Pluto is also asking for more refining of the soul as Capricorn is the door of initiation.  Have you completed your initiation path? Do you understand what this mean?  This concept was detailed in the video Great Conjunction, part 4. Please request a link to the video if you want to study it (It is not on the website).

Do you fully understand what was the collective and individual initiation programmed into your matrix? How did it affect your heart chakra?  Do you understand the cosmic mechanics in this regard? If you do not, call for a private meeting. Or explore the website.

Do you remember the axis Cancer-Capricorn, coming into incarnation and initiation? If not, use the search button next to Cosmic News with ‘golden gate’.

The soul enters in incarnation through the Cancer, or Silver Gateway and is invited to follow the path of initiation leading to the Mountain top, in the Capricorn. Pluto being in the Capricorn is asking you to reach again in the deepest parts of yourself and uncover, change anything that is still delaying your climbing higher in frequency.

Pluto officially entered Capricorn November 27, 2008 and will be in Capricorn until November 20, 2024. Pluto attuned itself with the new ruling frequency while around the Lyra and is now using these lyran vibration to intensify humankind’s transformation.

The new occult government of the Earth started its rule in 2014-15 when Pluto and Lyra were conjunct in Capricorn.  This event, attended remotely, was signaled in my writings.

Humans are guided into touching up, refining the transition, the transmutation of the dual system that was set for the global initiation process as well as the governing structures.

In general, the souls have matured, but, for many, the core wounds have resurfaced.  What are you still stuck with, something that is still not fully seen, revealed, integrated as your deepest secret or wound? As Pluto is such a slow planet, you have a one of a life-time opportunity to look at this aspect of yourself in full awareness and heal it,

Pluto is very slow; it needs about 247 years to travel through the Zodiac. It now lingers at the end of the Capricorn. Pluto rules the Scorpio, a water sign, as it derives from the emotional and subterranean realm. It is intense because it deals with the hidden aspects of the ego, the individualization process and with sexuality. Influence, magnetism, power, violence, mysteries, magic.

Look at it this way: a lifetime is about 80 years old. Pluto spends more than 20 years in one sign in one house of your chart. You can clean up and burn in your alchemical lab 4 issues in a lifetime! (4 x 20 =80).  Do not miss the opportunity!

Where is Pluto TRANSITING in your chart, what house? What aspect of your personality, past lives, present existence still needs attention? Pluto, is the revealer, the master of the underworld, where all hidden, scorpioish  aspects of the soul and of a system are alive. We all need to complete our passage in the underworld and use the position of these plutonian transits for metamorphosis and regeneration.

The journey in the underworld, with Pluto/Hades and the realm of spirits was a requisite in the initiation process, as evidence by the practice of the mysteries in Greece and the story of Persephone.

Do you have planets next in Capricorn, next to Pluto and what house is this planet ruling?

For instance: you have Venus in Capricorn; Venus rules the Taurus. The house that you have in Taurus will also be impacted.

In you have Mars in Capricorn, then look at Aries.

Compare with the enclosed chart.

Also look where your NATIVE Pluto is. What angle with Pluto in Capricorn? What house/sector is affected?

Pluto is considered the highest octave of Mars. Now when the two meet, it could be explosive. Make sure that you will be using the energy of Mars wisely; pay attention to your reactions and decisions.

In view of the level of stress, discontentment, distrust in politics, emergence of the fake metaverse as the next cool thing to invest in, I believe that we should focus on this question: what am i focusing on when i am on the internet? in my conversations? Am I helping or building more separation? How can i constructively support others?

Instead of building up more fears or inner violence, instead of criticizing the system, is there anything that I can do to improve it?

IN THE WEB: AFTER THE MEDITATION, THE SHIFTING, AS PROPOSED IN TIKTOK

30 Years ago, we called it ‘re-writing our life’ and multidimensional travel. Do you have a broomstick or a Merkabah?

“Exit meditation, long live shifting! While the whole world meditates on its zafu (cushion), another trend is emerging on social networks: shifting, a kind of neomeditation that allows you to leave your CR (current reality) to project yourself into your DR (desired reality). This is the lexicon of the perfect shifter. Simple daydream? Close to self-hypnosis, shifting makes it possible to change reality. The objective of this inner journey is to find yourself at Hogwarts or in Star Wars, Twilight, etc.

Coming from the United States, via TikTok where communities are multiplying (shiftinghouse has 35,000 subscribers, and hashtags related to shifting generate millions of views), the practice developed during the first lockdown.  ”When I made my first broom flight,” says Emma, 17, “I could feel the wind in my hair. It was too awesome.” (fIGARO)

Roubais, France: “Beyond the general atmosphere of the city, rather peaceful but very little “Gallic”, an object especially favored the rapid return of media attention, because it was new, because it was shocking: faceless dolls. More precisely dolls with empty faces, without distinctive features because, explained the saleswoman, “only Allah creates”. This Koranic prescription explains why, in the cities conquered by the Taliban or the mercenaries of Dae’ch, the faces of the statues were systematically pounded. As Eric Zemmour noted, commenting on the show: Roubaix, “it’s Afghanistan two hours from Paris”.

“I had seen these dolls in Lunel and Molenbeek, six years ago,” reacted Alexandre Mendel, author of Partition, chronicle of Islamist secession (L’Artilleur, 2017).  It has become very commonplace. The only difference is that they are now more expensive: proof that there is demand.” https://www.valeursactuelles.com/clubvaleurs/societe/roubaix-la-conquete-tranquille/

capricorn and initiationplutopluto in capricorn