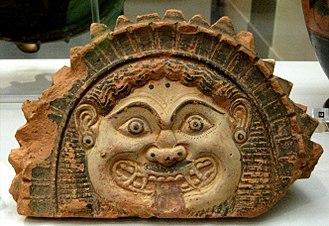 Petrified, decapitated or happy, at last??

but, we’ll start with some anti-covidism rhetoric!

A REPORT in France by the ATIH, no new age, no QAnon, Technical Agency for Information on Hospitalization. This is the document published on November 8 or 9, not sure, under the responsibility of Dr. Martin Blachier. https://www.atih.sante.fr/sites/default/files/public/content/4144/aah_2020_analyse_covid.pdf

“Covid patients only represent 2% of the hospital attendance and 5% of intensive care.”

“And that the critics of health policy hastened to take up to cry scandal. “ ATIH report, all that is more official: the Covid in 2020 = 5% of resuscitations and 2% of hospitalizations! So the passolatrous vaccinolatrous covidists are either morons, or dangerous frustrated + a few corrupt of course “, quickly assailed the leader of the Patriots, Florian Philippot, on Twitter. ” If this is true, we are really taken for cons-Covid“, For his part indignantly MEP RN Gilbert Collard, on the same social network. Was the saturation of hospitals, on which the government alerted since the start of the epidemic, only an illusion? Hasn’t the Covid-19 had the announced impact on the health system?”

And Martin Blachier to conclude: the epidemic is very far from the image we have of it, the idea that Covid patients have filled hospitals is false , ”  it is between 2 and 5%  ” he said, and it is the other pathologies which sent people to the hospital for the ”  very very great majority  “. We therefore had a ”  vision of the situation that was out of step with hospital reality  ” and the Covid phenomenon ”  has a certain relativity  “.

It is therefore becoming increasingly clear that the population has been fooled. All the TV reports, the continuous news, the press articles, the doctors on the set, the members of the government and the images that we were hit 24/7, told us the story of saturated hospitals. due to the Covid. However, this “vision” that they wanted to impose on us did not correspond at all to the hospital reality. It was simply wrong! Worse: at the same time when we were led to believe that Covid patients were clogging hospitals, we were removing 5,800 beds! They wanted to persuade us that there was no treatment other than doliprane and then intubation in overloaded intensive care units. They wanted to terrorize us.

This shock strategy, which it is now established that it was only a shock strategy, therefore had only one objective: to lead us to “vaccines”. The underlying reason for this operation will undoubtedly appear in the weeks to come.”

The video is in French.

A GLOBAL INCREASE IN THE NUMBER OF ATHLETES SUFFERING SUDDEN HEALTH PROBLEMS AND DEATHS. a list of names:

Mark Payne in the UK keeps a growing list of such stories.

Daunting compilation of athletes collapsing and dying from the covid VAX

THE NOVEMBER 18-19 LUNAR ECLIPSE and ALGOL

The star Algol is conjunct the Moon during the November 19th eclipse, in Taurus. The North Node is 4 degrees apart from the Moon, in Taurus. This is the first eclipse on the axis Taurus-Scorpio. This eclipse marks the beginning of the (Trans)mutation of the  manifested world into a new system.

Finally, the Demiurge can breath and start His/Her/It ascension

Uranus, that struggles with Saturn to impose the necessary shift, is also in Taurus.

The next  18 months, during which the lunar nodes will transit the axis Taurus-Scorpio, will anchor the foundation of the new paradigm.

Algol comes from Al Ghul, the goule, the demon. Algol is the head of the Medusa. It is a triple star located in the Perseus constellation and is said to be Medusa’s severed head, brandished by Perseus. Utterly divine and delicate story, isn’t it!

Medusa was a gorgon, daughter of chthonic sea monsters, whose beauty attracted gods and jealousy. She was used by her peers to reach their goals.

“In a late version of the Medusa myth, by the Roman poet Ovid (Metamorphoses 4.794–803), Medusa was originally a beautiful maiden, but when Neptune/Poseidon had sex with her in Minerva/Athena‘s temple,[7] Minerva punished Medusa by transforming her beautiful hair into horrible snakes.”

or.. as tales vary, … it could be Hera, Zeus’ wife, who was the jealous goddess and changed the beautiful maiden’s hair into snakes.

Medusa means guardian or protectress. However, when her hair was changed into snakes, the mere sight of her face would turn men into stone.

Then, in a Greek godly imbroglio of sexual desire and treachery, appeared Perseus, fruit of yet another of Zeus’ trick and affair, this time with Danae, a beauty locked in a tower.

Perseus, to protect his mother, from another sexual predator, Polydectes, took the challenge of bringing him the head of Medusa.

The ancient gods were no innocent children. To annihilate Medusa, Hades gave Perseus a helmet of invisibility; Athena gifted him with a polished shield; Hermes offered winged shoes. Perseus used the shield as a mirror to avoid looking directly at Medusa’s terrifying eyes and decapitated her. Or, Perseus used the polished shield to show Medusa a reflection of herself. The goddess, petrified by her own image, froze, and was killed by Perseus.

On his way back Perseus also free Andromeda from a marine dragon and ends up marrying her.  Then, back to Polydestes, Perseus brandished the head in front of his mother’s aggressor…. Petrified. Finally, Athena takes the killing-head and placed it on her shield.

Note that the medusa symbol has been used to depict rage. “The Medusa story has also been interpreted in contemporary art as a classic case of rape-victim blaming, by the Goddess Athena. Inspired by the #metoo movement, contemporary figurative artist Judy Takács returns Medusa’s beauty along with a hashtag stigmata in her portrait, #Me(dusa)too.[27]

Back to us, right, what do we do with all that?

The fixed star Algol is both connected to death or decapitation, or death, or symbolic death of a leader.

the conjunction with the Moon is then a somber omen. However, as stressed out by Peter during the webinar, Pluto is in good aspect with the eclipse.  Pluto, the agent of self-cleaning and self-repentance (Metanoia, change of mind) is asking us to excavate from ourselves and our societies all festering agent: hidden aspects of societies, parts of the personality that we keep in silent denial, etc.

According to this author’s research,  Algol is also linked to mutations, connected to calamity but also with the DNA. Check this page for examples of planetary conjunctions with Algol.

“On July 16, 1945, we exploded the first nuclear bomb with the Trinity Test in Nevada. Mars was conjunct Algol. The bombings of Hiroshima and Nagasaki that followed killed over 200 000 people and mutated countless more.

On April 25, 1953, Watson and Crick published their groundbreaking discovery on the structure of DNA, the building block of our genes. Jupiter was conjunct Algol.

On December 9, 1984, research on casualties at Hiroshima and Nagasaki led to the Alta Summit, marking the beginning of the Human Genome Project. North Node was conjunct Algol. “If genome projects prove important to biology, then historians will note the Alta meeting”.

While migrants are dragged around and used as political weapons, the western nations are bracing themselves, facing inflation, scarcity (Taurus is comfort, food, agriculture, finances) and a financial crash. we will not discuss the details as they were delivered during the webinar.

As a lot of people, you might feel that ‘something is about to happen. Note the position of Jupiter, forming a T square with the eclipse. Jupiter is expansion, beliefs and rules. Pluto is asking to review all that. However, Jupiter is also the holder of Faith.  Let’s then pay attention to our inner dialogue and continue laying on faith and gratitude.

In the last few weeks, many, myself included,  have noted the presence of extra-terrestrials in their daily life. Something is up and we are not alone.

Peter’s recent experience: “I remember when I was 5 years old, I woke up and a rather small being was standing at the bottom of my bed. It wore no clothes, had a dark, leathery skin and looked at me motionless. It was probably not so much the sight, but the strong energy that was in the room that scared me and banned.

Now 45 years later, he showed up again. We sat on a couch and he put his arm around my head as if we were old friends. The seat tilted back. We sat at right angles to the floor as if in a skyrocket. Then we crossed the space, reached a place and found ourselves in a room. I could only perceive it, not see it. I realized He wanted to show me something and this was the reason for this journey. There was suddenly a window through which a bright warm light was shining and I realized that this light was shining directly on the earth.”

NOTE: I have been chewing on the Algol symbolism. MORE IN MEMBERS’ SECTION