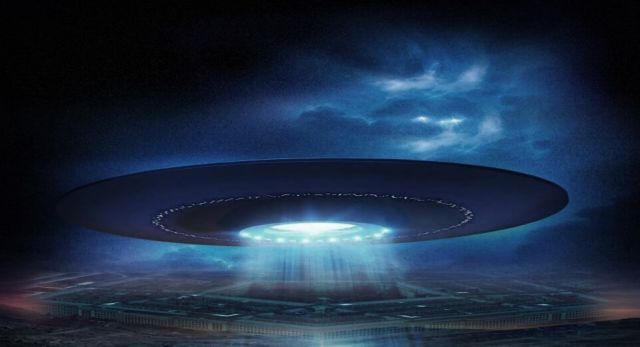 Have you learnt yet to connect the dots?

“A highly anticipated government report did not find evidence that the unexplained aerial phenomena likened to “UFOs” that Navy pilots have witnessed in recent years are alien spacecrafts, but the report also does not definitively say they aren’t, The New York Times and CNN reported.” msn.com

“Pentagon Says We Don’t Know What UFOs Are”

The Times sourced two unnamed officials who’ve seen a classified report, not yet provided to Congress. They told the Times the report analyzes more than 120 UFO incidents over the past 13 years.”

Video: UFOs and the pandemic cross paths with conspiracy and the unknown – Mystery Wire

AND France sending a small size replica of the Statue of Liberty, to visit New York and WDC…. no coincidence.

Biden  heading to Europe on Wednesday and will attend both the G-7 and NATO summits. He will meet Putin, the Russian leader, in Geneva on June 16.

Yes, Joe Biden’s declarations about Russia appear more aggressive than Donald Trump’s. Mr. Biden loudly raised concerns about support for Ukraine, interference in the elections, intrusions in Afghanistan, the recent cyberattacks. Biden dreams of rebuilding the trans-Atlantic alliance as a stronghold against Russian and Chinese ambitions. But he is weak, unpredictable and not bright. How can he efficiently and safely defend the US in front of a ruthless and egomaniac such as Putin?

Reuters: “Russian President Vladimir Putin said the United States was wrong to think that it is “powerful enough” to get away with threatening  other countries, a mistake, he said, that led to the downfall of the former Soviet Union.

Of course, all this was/is pompously advertised as a triumph of democracy while the whole world is more muzzled and scrutinized every day.

On purpose? June 10th : Annular Solar Eclipse, visible from parts of Russia, Greenland, and northern Canada (time and date) “sweeping from northern Canada across Greenland and the North Pole (the only eclipse of the century to do so) before ending over Siberia.” https://www.skyatnightmagazine.com/

Eclipse conjunct to Mercury retrograde and square Neptune. All is fuzzy. Deception or dissolution?

Then, on the 14th, the next square Uranus-Saturn. We want changes, but we changes have to be structured. How are politicians going to react to all that? We want a complete remake of our social and racial interactions. Are we ready? Will mankind level down (nivellement par le bas) with the majority, or do we have enough light warriors to pull everyone upwards, towards more spiritual awareness? Gemini, where the eclipse hits, is still a dual sign, when humans, now more than ever, should align with the Axis, which implies climbing through the middle pillar instead of staying in duality. (in kabbalah, two columns on the tree, middle pillar at the center- in the body, 2 meridians on sides, one main in the center, along the spine, your body axis).

If you do not get it, search this website with pole, pole shift. Eclipses. This eclipse will definitely realign mankind’s functioning although it does not look earthquakes oriented.

Mankind is remarkably close to a major shift. When and how exactly will it happen?  Donno. I am not a physicist, and in a human body. But, this is my reasoning:

In December, close to the Jupiter-Saturn conjunction, marking a major step in the anchoring of the New Spiritual Government, I went through a wave of major attacks from the old Satanic Brotherhood.

Mid-December,  I  abruptly woke up before 5; someone was re-piercing my throat with a lonnng needle.  My neck hurt, the third chakra also taking a blow,  my whole body shaking, with the expected disagreeable result. Unsteady, I struggled fainting and losing consciousness,  The interesting part, my point today: the Enemy was trying to hook the old timeline to my spine. The blow left me shaking like a Desert Willow in the storm for 45 minutes, during which I contemplated the emergency room.

As for the individuals who appeared to be involved: it is not about you; you do not have such power, you are, because of your choices, the puppets in the hands of  the Dark Ones.  [We can reconcile when we see clearly who we are and avoid lingering in the astral corridors in which we sustain our selfish desires and egoic human needs. We can be One and Love as soon as we exit the matrix of illusions, when the low Neptunian frequency is acknowledged, then transmuted, through the letting go of self-centeredness,  into a higher octave of absolute communion with each other and the Whole. Then, if we have practiced the art of observation of all corners of our subconscious emanations, we will progressively note the disappearance of astral reactions. OR, we are just puppets, and the highest the responsibility, the less choices. Right now, people who landed around me are Angel, Vega, Falcon…. The universe has such a sense of humour].

After this marvelous episode, any contact with anyone remotely connected to the old ruling Lodges, still holding the ‘Satanic’ vibration, would immediately affect my nervous system. My body would shake, from the inside out, the spine/axis instantly hurting, headache, etc.  And all the last dark magic episodes entertained at the expenses of my body would wake up.

What this implies: the concept of Time-Line-Shift is not just a mere intellectual theory or a new age dream. It has astro-physical substance and is a reality, otherwise it would not impact my 3D body, in such manner.

The Dark ones have engineered their alternate future, mobilized the DNA of the old bloodlines and attempted a graft on the Ascension timeline, in which they would keep the power.

What is going on: the wormhole allowing the  passage from 3 to 5D is anchored in the US. It has been firmly secured and seen in 2015. For timelines, read COSMIC LOVE.  https://archangel-michael.us/books/

Then a test and gigantic step happened in 2017, Great American Eclipse.

Humankind and all the beautiful Beings supporting the Ascension process had to wait for the recent Great Conjunction formalizing the Divine Creator’s resurrection. This is another story.

In the meantime, why would the wormhole (energetic mechanism)  be hovering around the US and not in Russia or France? Because the new entry point, the new vortex connecting Earth with the ruling, Lyrian Frequency is in the US.

Thus the efforts of the dying dark brothers to highjack the ongoing ascension.  Unable to lose power and control,  they want America and its people on their knees.

They are using our leaders to do so.  A meeting in the orb of the June 10th eclipse is an attempt to infiltrate the new timeline and seize power. Right or Left is not the question.  Same demagoguery and same corruption. Different illusions. What is important is: who is pulling the strings in the US now?

The good news is that the non-human entities that were massed around the Earth a few weeks ago are slowly being transmuted.

Are you dedicated to the Light, to a bright, loving and rewarding future? Are you practicing purity of heart, honesty, compassion,  devotion to the Divine? How are you assisting other human beings? Are you willingly erasing through ongoing efforts the behaviors and addictions of the past? More than alcohol and drugs —although not recommended, we are speaking about the addiction to power, lust, spiritual denial, laziness and hypocrisy. Your actions should reflect your claimed beliefs. How are you supporting the Divine Plan?

Biden, the flip-flopping President, who called Putin a killer, meeting the shark.  With such cognitive abilities and a long-known weakness, …. How can he stand for America? Now, the idea that he was cloned is more appealing; at least, the clone has an upgraded brain…. Well depends who is manipulating this brain!

Two things happening at once: US government assessing the cyber-attacks on Colonial Pipeline and meat processer JBS USA,  bragging that Russia will have to answer while Biden stopping American independence in terms of gas.  Suicide? Or working for Deep-State. “Over Twenty States Are Now Suing The Biden Administration Over The Closure Of The Keystone XL Pipeline.” https://www.thegatewaypundit.com/2021/06/twenty-states-now-suing-biden-administration-closure-keystone-xl-pipeline/

Well, we are protecting wildlife, polar bears, caribous. But, who will pay Biden’s bills? Our children? American conundrum.

IN THE NEWS: are we becoming human? European Commission calls  for a progressive ban on cage-farming.

“The question is not whether the objectives [of this ECI] should be achieved, but how the European Union can manage to gradually get animal species out of the cages,” Kyriakides insisted on Thursday morning. Our rules must change, and that is a very clear appeal from our citizens. The European Commission’s formal response to this ECI is expected before mid-July. If regulatory changes are proposed, they will give rise to negotiations between the institutions and the Member States.”