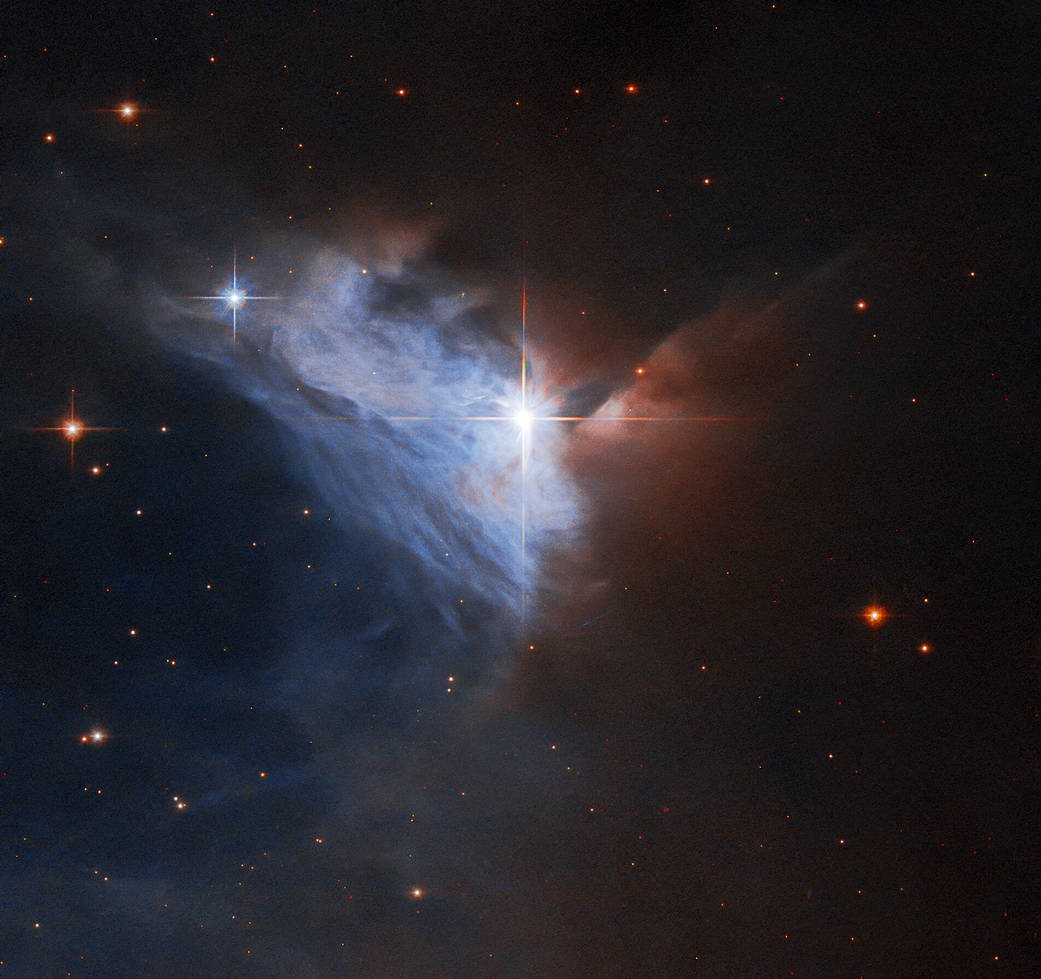 “At the eight initiation, the duality of the triple AUM is brought out

and at the ninth, the one sound of the Absolute stands revealed, and its significance is heard and seen.

This brings into the consciousness of the initiate somewhat of the energy and power of the One About Whom Naught May Be Said, or the Logos of our Solar Logos.

The unit of consciousness is then perfect, and passes on to work paralleling that of the Solar Logos.

This Picture of the Week showcases the emission nebula NGC 2313. The bright star V565 — surrounded by four prominent diffraction spikes — illuminates a silvery, fan-shaped veil of gas and dust, while the right half of this image is obscured by a dense cloud of dust. Nebulae with similar shapes — a star accompanied by a bright fan of gas — were once referred to as cometary nebulae, though the name is no longer used.  The language that astronomers use changes as we become better acquainted with the Universe, and astronomical history is littered with now-obsolete phrases to describe objects in the night sky, such as “spiral nebulae” for spiral galaxies or “inferior planets” for Mercury and Venus.