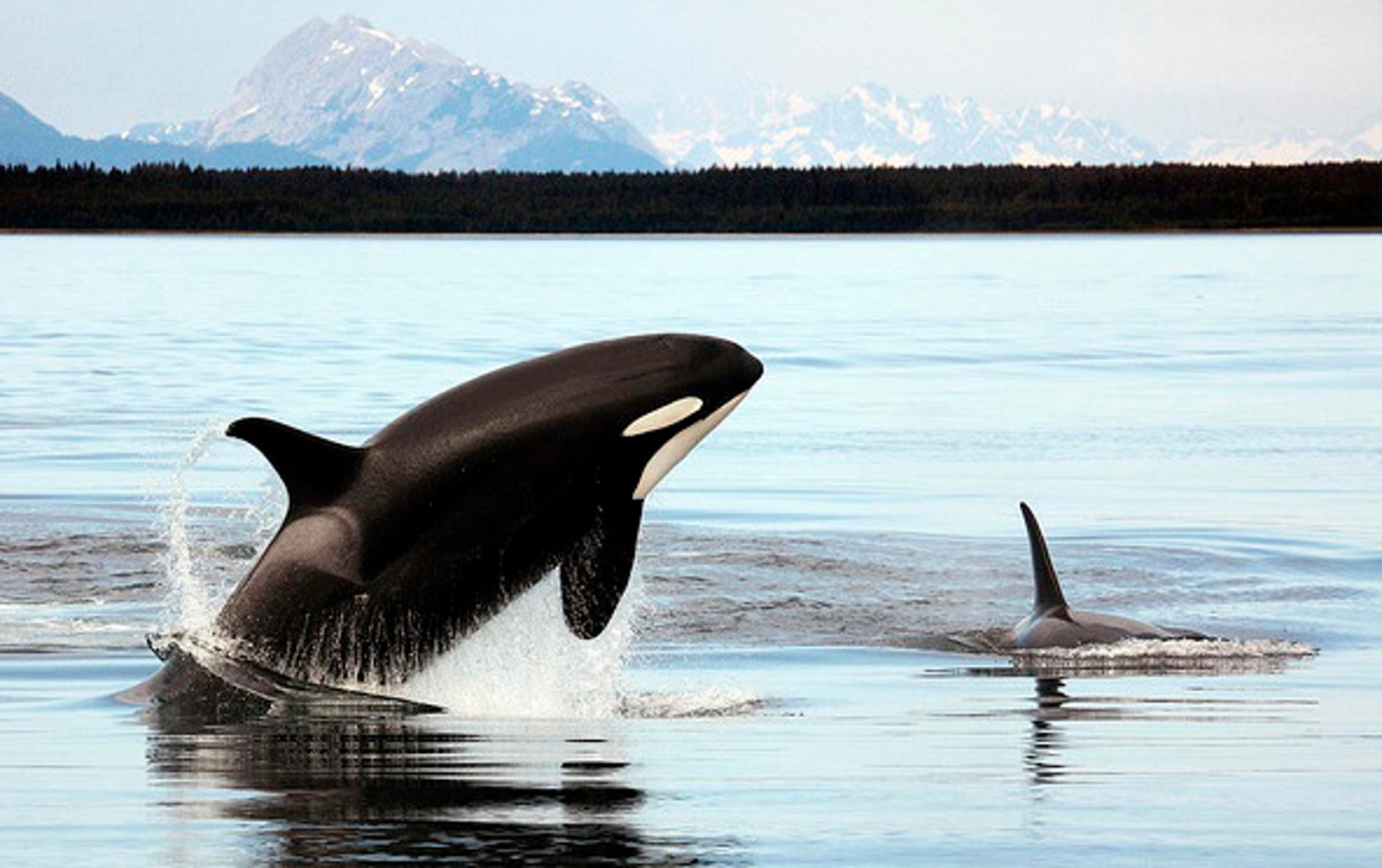 Top 10 U.S. Government Experiments Done on Its Own Citizens – Listverse

still working on it: https://profiles.nlm.nih.gov/spotlight/sc/feature/doublehelix

I have been thinking and ticking about the magnetic aspects of the vaccine. Then, the rise of graphene oxide in the body.

Good health starts with viable and well-functioning mineral balance.  That’s for the 3D body and is of course secondary to intake and maintenance of pure life-force.

“Everything we do is controlled and enabled by electrical signals running through our bodies.”

“Scientists agree that the human body, at rest, can produce around 100 watts of power on average. This is enough electricity to power up a light bulb. Some humans have the ability to output over 2,000 watts of power, for instance if sprinting.” How does the body make electricity — and how does it use it? | HowStuffWorks

Each element in our bodies, such as sodium, calcium has a specific electrical charge, expressed through the cells. The nervous system and the brain send signals through electricity, enabling us to think, feel and move.

Well, compare with a scientific study:

“Currently, the pandemic outbreak of the febrile respiratory disease, so called COVID-19 [13], [14] has created a global transmission network, leading to an international crisis related to the catastrophic losses of human lives and financial meltdowns. As such, the exploration of effective antiviral agents that can be effective on COVID-19 is of great importance. Given this, the current article concerns the potential capability of graphene-based materials for antiviral therapy applications.”

As an example of the drug repurposing for COVID-19, one can indicate metal-based drugs which have been suggested as promising candidates to control the coronavirus [95]. Metallodrugs such as the gold drug auranofin (2,3,4,6-tetra-o-acetyl-L-thio-β-D-glycol-pyranoses-S-(triethyl-phosphine)-gold(I)) has shown antiviral influences against COVID-19 in vitro [96]. However, the general problems associated with the use of metal compounds is valid here as well, including the systemic toxicity [97

In fact, the application of non-toxic substances that can effectively combat COVID-19 and future viral outbreaks should be very important towards the control of virus infections. One of those non-toxic nanomaterials is graphene, as discussed in next sections.

[…] graphene oxide (GO) is the oxidized form of graphene with hydroxyls, epoxides, diols, ketones, or carboxyls functional groups located on its surface. The presence of oxygen on the edges and basal planes of GO increases its hydrophilicity, water dispersibility, and attachability in comparison with graphene [214], [215]. Given this, Song et al. [216] further highlighted the capability of GO to capture EV71 (the agent of hand, foot and mouth disease) and H9N2 (the agent of avian influenza A virus) at 56 °C. GO was able an efficiently destroy the coating proteins available on these viruses and extracting the viral RNA in an aqueous environment. This interaction leads to the superficial bioreduction of GO, leading to its conversion into graphene form, while killing the virus [216].

Besides the “strong binding efficiency between pristine multilayer graphene produced by mechanical exfoliation, and spike receptor binding domain of SARS-CoV-2 virus” The other point that deserves attention is graphene materials can be loaded with magnetic materials, and therefore, can provide with extra benefits associated with the magnetic properties.”

Full article, for the brainies: https://www.ncbi.nlm.nih.gov/pmc/articles/PMC8151376/

So, systemic toxicity is acknowledged. It is your choice: the virus or more toxicity and less electrical potentials.

How do we reconcile that with the assertion of ‘more magnetism’? “Magnetism is the force exerted by magnets when they attract or repel each other. Magnetism is caused by the motion of electric charges.” For decades, a healer, in French was called ‘magnetiseur’, capable or moving, cleaning, charging a body with magnetic energy. People use magnets for various health conditions.

In this case, what’s wrong with becoming ‘magnetic’? This even seem to contradict the additional graphene in the body [if graphene oxide is an electrical insulator].

What type of magnetic interaction are we speaking about?

The Unfiltered Truth Behind Human Magnetism, Vaccines, And COVID-19 (forbes.com) (I didn’t finish reading it as I want to focus on other matters).

I am open to discussion.

What seems crucial to me:

“Situation Update, July 19th, 2021 – Underground cities, extinction events and graphene-based neuroelectronics. Thanks to our reader, B.

They just received funding to build AI-powered graphene biocircuits to read and control brain behavior. They aren’t involved in the vaccines, but their tech proves that graphene-based brain control is a very real thing.

Listen to the full podcast here.

[FYI, I do not take responsibility for the info in this postcast. Planet X? well poles and dimensional shifts, all this is related; I am listening to the beginning while writing]. Funny, he is speaking about the tectonic plates. I accidently just visited one of the crucial locations as plate junctions, with a few responses. Smile. The internet-chicken-coop is louder than ever; tough to discriminate, besides with intuition.

The difference in frequency is so intense that the nervous system is suffering. In other words, the lower vibrations instantaneously impact a nervous system and apparatus that is attuned to the new world.

Interesting details: I recently visited the State of Washington, setting foot and consciousness on three formations: Mount Baker, Mount Erie and Mount Olympus. The old trees in the rainforest were happy to acknowledge My Presence and let me see their Deva-Selves. Then, while whale-watching, I communicated with the Orcas. For years, tourists and researchers interacted with a  family of resident Orcas. They left a few years ago. Now we can only watch transient orcas. https://www.whaleresearch.com/history

I asked the whales why they left. The answer was: they have a hard time staying close to the city, to human’s chaos and — true or not- mentioned the G5 as harmful. Food for thought. [i am rarely thinking about 5G].

Recommendations: keep your heart and crown chakras as healthy as possible. Detach from the past. Practice being in the present, practice love and compassion.

New threat, a monkey virus? “China reported the first human infection death with Monkey B virus on Saturday. A 53-year-old male vet, who worked for an institution researching on non-human primates, showed early-onset symptoms of nausea and vomiting, a month after he dissected two dead monkeys in early March, reported Global Times. The vet had sought treatment in several hospitals and eventually died on May 27.” msn.com

Mirror, mirror on the phone… “A Hong Kong Instagram star tragically plummeted to her death after she slipped while snapping a selfie at a waterfall.” Guardian.ng

Covid apparatus is surely not affecting our freedom: “Boris Johnson has urged England to “stick with the program” ahead of Freedom Day tomorrow, as he self-isolates at Chequers after being “pinged” by the NHS Covid app.” Would not tested, but read that you can be pinged if you wait in line next to someone else who is actually sick.

In the past, men would mark the cows and the prisoners; now, you and your child.

“MIT researchers have now developed a novel way to record a patient’s vaccination history: storing the data in a pattern of dye, invisible to the naked eye, that is delivered under the skin at the same time as the vaccineThe researchers showed that their new dye, which consists of nanocrystals called quantum dots, can remain for at least five years under the skin, where it emits near-infrared light that can be detected by a specially equipped smartphone.”

Beginners’ corner – This is for T. H.