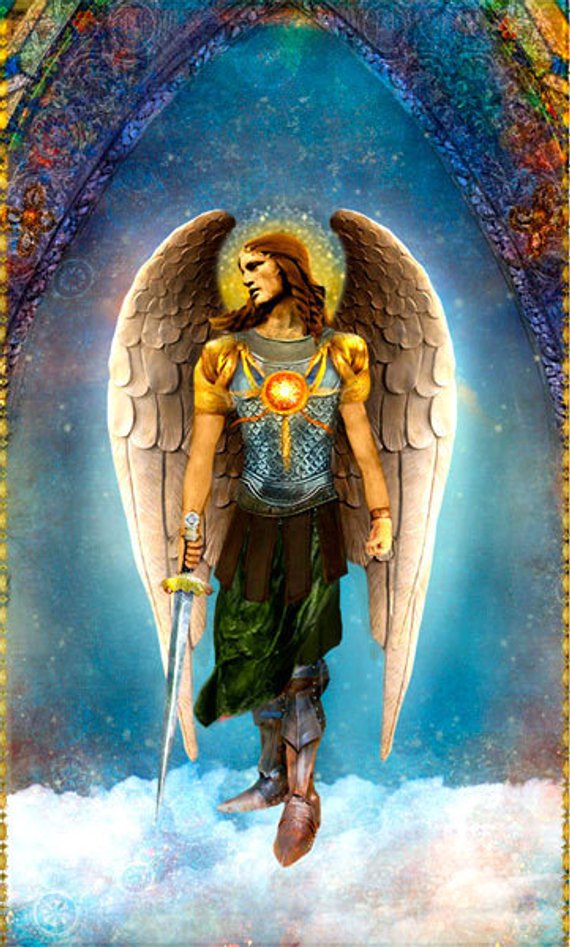 with the Archangel Michael, the Light Principle

GLOBAL INTENT for an ACCELERATION of the DIMENSIONAL SHIFT

MEDITATION – PRAYER with the ARCHANGEL MICHAEL

Are you tired yet of the chaotic world, of the comedy perpetuated by the world rulers? Do you agree with the world and life now globally implemented by the governments?

You dream of a New Paradigm, bringing more Light, love, justice, wisdom, do you?

Whether you have been on a spiritual path for decades or you have just awakened, it is time to anchor your intent. You can read the text and then chose to meditate, be silent, pray.

TO ACCELERATE THE SHIFT

I AM READY for BE my MOST EXTRAORDINARY, LOVING, SOVEREIGN, POWERFUL,

RULED by the LIGHT

I STAND, HONEST TO MYSELF, IN CLARITY AND GOOD HEALTH

I REFUSE TO BE TOLD WHAT TO DO WITH MY BODY

I REFUSE TO MERGE MY BRAIN with HUMAN TECHNOLOGY

I REJECT all IMPLANTS, NANO TECHNOLOGY MALICIOUSLY GIFTED WITHOUT MY CONSENT

I REFUSE TO BE TRACKED and MANIPULATED like cattle.

As ONE, let’s MANIFEST the NEW PARADIGM,

UNDER THE WINGS OF THE LIGHT PRINCIPLE, THE ARCHANGEL MICHAEL

After a global journey within the dark side of the mirror, Earth and humankind have begun their ascension towards the LIGHT.

Together, let’s use the POWER of the pure HEART, the strength of INTENT,

In SILENCE, MEDITATION or PRAYER

JOIN a DAY of ONENESS, in INTENT and PRAYER, SEPTEMBER 22nd 2021

We understand that a sudden acceleration for the taking over by the Light and Spiritual Hierarchies with the Archangel Michael might temporarily increase the world ordeals.

also, “the love that binds us is more important than the power we wield.” Merlin series.

In the vision of the present world leaders, you are asked to relinquish personal choice and power. Do you want to be part of a spiritually-dead herd? A race of submissive half-human-slaves?

Can you fight for your own vision, integrity, sovereignty? Beyond vaccinations, do you want to raise your family in a world where governments or scientists —whether they are right or wrong— have the power to force you or your family to follow their judgement? A world in which you must follow the rules or be outed from your job,

Our intent is not to debate about the validity of numbers, treatments, tests. We only react against the fabrication of a divided society, in which a few individuals hold power and finances. Vaccinated individuals believe that they can publicly judge or threaten the ones who decide to avoid a vaccine.  We react against the manipulation of the populace with fear, perpetual propaganda.

One of the most decisive lessons taken in the last few years has been the necessity to follow the slow evolution of the Whole. Humankind has evolved tremendously, yet not enough to balance the forces of evil yet. The One Consciousness in evolution, the One Consciousness that you are a part of is bounded by the cyclic aws of manifestation.

Yet, we can accelerate the pace through INTENT. Are you ready to demonstrate your power?

Power relates with Will, with the first Ray. A small percentage of the population embodies the first Ray. True, mankind in general is now working on the frequencies of merging, unity and therefore the Second Ray, love.

Yet, it might be a good time to search, within yourself for the seed of Ray One.  Otherwise, you are endangering yours and your children lives. The danger is a temporary lock under the rule of the darkness. My insights: the president is not himself; the Biden administration is, right now, obeying to the old, dark Satanist command. The vice president did not escape the old rule and is a slave in their hands.

The lower level of power, the young Leo cub, resides in recognition by others and satisfaction of the lower ego. Moved by human laws and senses, shrunken within the three-dimensional illusion, the young soul, thinks: ‘I feel powerful if I can control this or that; I can control my body; I have dominion over others; I feel powerful if I can show wealth and visible success.” as we are now watching another twist in the Afghan crisis: I feel powerful because I can impose my rule, my beliefs over women and children, over unarmed human beings.

The true mature Leo, after x incarnations of personal games, has reach his solar self, and lives the power coming from a conscious multi-dimensional grounded Soul, following its divine intuition and purpose. Thus serving in aware the Creator’s purpose. The mature know who he/she/it IS. I Am powerful because I Am a manifested aspect of the Divine. I Am powerful because I participate in the manifestation, here and now, of the Divine Mind/Heart. The Will is used for the collective.

If you have not found your Solar and Divine Self yet, use the strength and personal will of the First Ray.

In Astrology the functioning of the first Ray is represented and channeled through “Aries (Initiative), Leo (Will-purpose) and Capricorn (Mystery of life) are the assigned triad.”

The previous quote is true and yet outdated. “Aries {Initiative), Leo (Will-purpose) and Capricorn {Mystery of life} are the assigned triad. […] The first ray is overruled by the world master and the Master Morya. The Kingdom of the First Ray is Shambala, “the Place where the Will of God is known.” Well this is outdated; the Shamballa that this author is referring to does not exist any more. Yes, the lineage of Master Morya is still in the loop, in the physical reality (See I Am Book to understand this key).  As for Morya Himself, he passed another initiation with his group at the same time as Sanat Kumara and handed over power to the Spiritual Christ, or Archangel Michael.

The media is focusing on the horrors enfolding in Afghanistan. The terrible Taliban taking the power, population trying to flee, women seeing their dreams defeated. Who is speaking about the origin of this 20 years plague? September 11, 2001. We were served a lie and war started, based on this lie. We note that it is not a matter of political orientation, as it started with Bush, a Republican.

“As Taliban seizes billions worth of US hardware in Afghanistan, embassy staff told to destroy American flags”… so, the removal was planned, yet, the US left everything on the ground? Ready to be utilized by the enemy?

What are we now supposed to believe, while Pakistan has openly trained the Taliban and China is bragging because they are thrilled to take a part a pie — see T. Messan’s perspective in this regard?  Who is going to use all the material left by France and American armies, among others? While President Biden was still bragging this morning about the formidable power of the US, why haven’t the US destroyed terrorism. Or is it just a long-term comedy played out at the expenses of innocent lives?  A comedy in which western nations use existing inner-struggle in areas where many are still hooked to medieval doctrines. This is a sad statement knowing all the hope and predictions made by spiritual leaders about America, America the land of the future towards which people from all nations have been converging.

I do not follow politics enough at this point to elaborate on Afghanistan and have insert a post from a site that I had forgotten. Use your discernment.