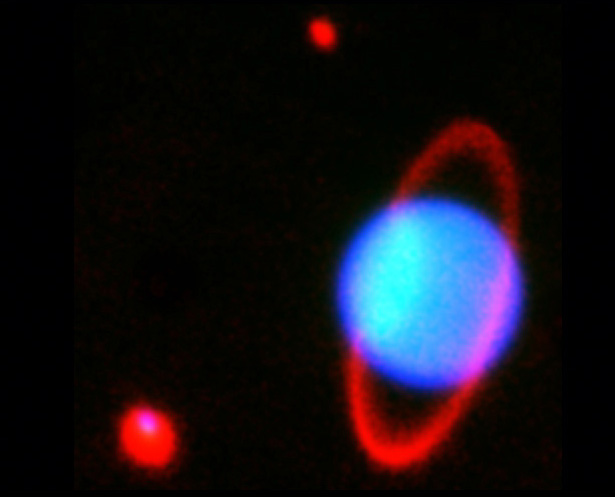 DEAR READERS: YOUR CONTRIBUTION TO THIS WEBSITE IS A BLESSING FOR BOTH, YOU AND ME. REMEMBER WHAT CAUSE YOU ARE SUPPORTING. SEND A LINK TO YOUR FRIENDS.

At the end of July and during August, Uranus will be at its closest with the North Node.  The dates depend on the orb that each astrologer considers acceptable. On July 24th, True Node is at Taurus 20.02 and Uranus at Taurus 18.31.  They will be the closest on August 2nd and less than 2 degrees apart for more than 2 weeks in August. Uranus and the North Node being both extremely powerful, this transit is, in fact, long term.

The axis Taurus-Scorpio is the alignment that Heaven and Earth, the soul and personality must achieve between:

At the collective level, this is the final touch applied by the Creator-god to bring the manifestation of His/Its dream for the future paradigm. Energetic changes triggered by the electrifying Uranus are and will be more challenging. Pray, meditate, ground yourself in love and trust.

When Uranus is acting out, the goal is an upgrade, a push towards personal and collective evolution. interestingly the Sabian symbol for Taurus 18 is A WOMAN AIRING AN OLD BAG THROUGH A SUNNY WINDOW. 19º Taurus (49): A NEW CONTINENT RISING OUT OF THE OCEAN.

This is the return of North Node in Taurus, after 19 years. Last time was 2003, New Jerusalem and Axis shift pattern anchored.  Food for thought.

While humankind experiences chaotic turmoil triggered by the waves of its subconscious and animalistic desire for power, sex, money, the Deity is quietly imposing Its Plan for the future. This is reenforced by the North Node-Uranus conjunction.

The electrifying and radical energy of Uranus will push humankind towards its destiny and future. Everyone will be tested. Each nation feels and will feel the push according to its own geo-political situation. (See end of this post: https://astrologyforaquarius.com/articles/12464/mars-conjunction-uranus-august-1-2022#:~:text=Mars%20is%20cusp%20ruler%20of%20house%2010%20%28the,projects%2C%20farms%2C%20farming%2C%20weather%20events%20and%20natural%20disasters%29.

As Uranus, Father-Sky, is one of the transpersonal planets, its impact is often more collective, affecting societies, especially when meeting the North Node in the sign of manifestation of life (Taurus).

Uranus is associated with electricity, technology. We can expect sudden financial upheavals (Taurus is wealth and finances) civil disorder, disruption and fortunately the light at the end of the tunnel. The waves in the world of crypto currencies already happening early July merge and illustrate the radical, yet illusory universe manufactured by technology in the realm of finance (Taurus).

Uranus is located beyond Saturn. It is the planet of the revolutionaries, the researchers, the philosophers. Uranus’s power and intelligence are magnified when the personality has already been refined by Saturn’s difficult rings (Squaring the nodes). Uranus who wants to move radically, eventually off limits, is a good ally of the North Node. The North Node is often associated with dissatisfaction. It is the thirst of the soul that wants to move further and discover the true value and purpose of one’s existence. The portal offered by the meeting of Uranus and the North Node is thus mankind’s opportunity to evolve, to move its consciousness beyond the rings of the old god. It is the chance of breaking free from our limitations and past (South Node), open a new avenue in time and space.

Both Pluto and Saturn are still retrograde, thus adding to the weight that the Light is willing to infuse and move on its ascending journey. Pluto is joyfully assisting the change (Sextile) while Saturn, squaring the nodes, is pushing on the brakes: the crystallization of the Deity’s dream is slow, yet on an accelerated mode, thanks to Uranus.

Finally, Mars, second ruler of Scorpio, will support Uranus enthusiasm for a radical revolution. Together they will jolt our consciousness and world, coming to an exact conjunction at 18.43 Taurus on August 2nd. On August 1st, the North Node (Alignment with our future and destiny) will be retrograde at Taurus 18.41 and on August 2nd at 18.32. Heaven is screaming for alignment. Sun and Jupiter in good tr

The world as a collective might face more explosive military action or an alignment with the Divine Purpose. Interestingly the battle for abortion moves around all the principles associated with both Scorpio and Taurus: life as a blessing and in all its beauty, versus or harmonized with the power of sex, addiction to sexuality and the rights over life and death (Pluto and Scorpio).

At the personal level, with Mars, you will either make sudden decisions, feel a renewal of your creativity or need for beauty, stability, and financial security.

So, time to let go of another layer of the past while aligning yourself with Divine Purpose and your highest intent. Set this as your focus before meditating.

Be ready and open for the ride.

Drought in Europe: Last week, Italy declared a state of emergency in 4 counties. In Germany, rivers are drying up.

Do you want to add news about your country? just send an email using the contact window.

“One drought qualified as extreme on 3/4 of the country, this is the Copernicus report over the first four months of 2022. Copernicus is a European Union programme that collects data on an ongoing basis on the state of the Earth. Regarding the state of drought on the European continent, Copernicus analysis door on data collectedbetween January 1 and April 29. The average of the rainfall over this period shows a major deficit over the entire area which stretches from southeastern quarter of the France to the south-east of Ukraine, passing through the north of Italy, Bosnia, Bulgaria, and Moldova. Rainfall was also deficient in southern Norway and Sweden, as well as in parts of Russia.”  Extreme drought affects three-quarters of Europe (futura-sciences.com)