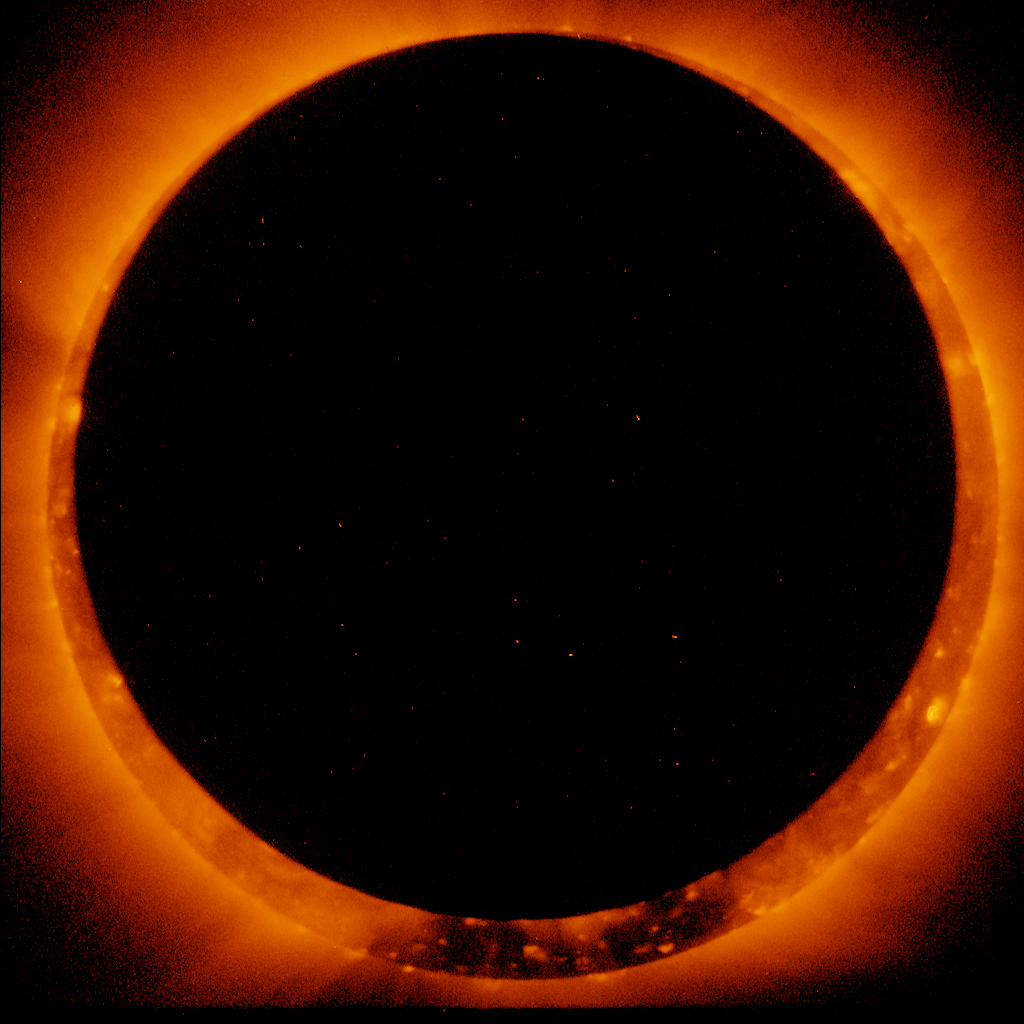 While Elon Musk, NASA and President Trump were celebrating: Dragon capsule separates from Falcon9 and docks at the International Space Station, …. riots and curfew spread over the United States. The ISS has been orbiting the earth since 1998 (really, 98…What a funny coincidence) at about 220 miles /350 km. For perspective, the moon orbits the earth at 239 000 miles. Human beings are still microbes. Let us develop our mind and consciousness to avoid being disturbing viruses.

With 20 million dollars, you could spend a week visiting ISS. What a great spot to avoid Covid19!

To spot ISS in the sky : https://spotthestation.nasa.gov/

(Things have evolved since this post).  Now, the riots are sad and enlightening. The ongoing killing of people by the police is unacceptable. The death of George Floyd is a disheartening murder. Seven-8 minutes of neck restraint, knowing that it can kill, and witnessed by other police officers is torture and murder and should not be toloerated. Shame on Minnesota, its governor and law makers. They should be on trial, next to the police. “The way a Minneapolis police officer restrained George Floyd before he died — placing his knee on Floyd’s neck while the man lay on his stomach — is widely discredited by law enforcement experts because it can cause suffocation.” But the technique is allowed in Minneapolis.

Floyd gasped for air and called for help, but officer Derek Chauvin calmly kept his position for at least eight minutes, including after Floyd stopped speaking or moving. Other officers stood by as bystanders berated them and pleaded for them to check for a pulse.” https://www.usatoday.com/story/news/nation/2020/05/29/george-floyd-experts-say-neck-restraint-allowed-minneapolis-can-kill/5274334002/
Unacceptable for police to arrest journalists without any reason. Fortunately, in an interview, the police Chief said:

“Being silent or not intervening — to me, you’re complicit. So, I don’t see a level of distinction any different,” Police Chief Medaria Arradondo told CNN’s Sara Sidner, who asked on behalf of Floyd’s family whether the three officers would be arrested.

Interesting to watch how people function and react: still afraid when whites are amongst the protesters; proud to have a riot video to show to their future grand-children; choosing to loot Apple and expensive brands instead of stealing low cost goods. Hiding their faces while entering private property. Making sure that they look good on the selfie while protesting. Yes, they are rightfully angry at the economic situation of many Americans, black, yellow, red or white. But the taxpayers will pay for the damages and more jobs will be lost. Looting a Channel or Apple store is not protesting. It is the choice to use the opportunity to steal, wtheth the perpetrator is economically challenged or not.

All this to show that we are, at our little level, co-creators of our environment. In the previous post, we emphasized on the need to use the mars-Neptune conjunction constructively, to willfully initiate a movement towards higher spirituality and oneness.

Two days later:
• “Today I have strongly recommended to every governor to deploy the National Guard in sufficient numbers that we dominate the streets,” Trump said.
• “Mayors and governors must establish an overwhelming law enforcement presence until the violence has been quelled. If a city or state refuses to take the actions that are necessary to defend the life and property of their residents, then I will deploy the United States Military and quickly solve the problem for them.”
Saint John historical church in WDC in fire. Who cares about cultural heritage? Well, Trump’s reaction —posing in front of St John Church with a Bible in his hand— is quite surprising, unless he awkwardly tried to energize his base.

June 3rd: National Guard deployed in many states (I avoid numbers, it will change).

At the end of June: second Jupiter-Pluto conjunction of 2020 (out of 3, so major astrological transit): what hidden aspect of ourselves, of our world could be in the open? Or deployed? Like taking the protests as an opportunity to destroy our neighbor’s small business, or smash a car while taking a selfie. Will we be tested in our ambition, revealing our deep instincts? Or will we decide to direct our energy, our Martian self towards a higher spiritual level? The choice is ours: align ourselves with a higher purpose (Mars/Neptune), demonstrate love (Venus), think more (Mercury), practice faith, while mastering our dark instincts to climb the mountain (Jupiter/Pluto).

One aspect of the conjunction, well documented: https://patrickwatsonastrology.com/2020-jupiter-pluto-conjunction-extreme-magnification/

Jupiter-Pluto could also bring more of a unification theory of physics as proposed by Nassim Haramein.

For weeks, Mars will activate many aspects of our lives. Now in Pisces, Mars will enter his own kingdom, Aries, on June 27th , gain in power. Mars will then retrograde and thus spend weeks in Aries, in domicile —until January 27th 2021.

“most of the dramatic shifts in Mars’ motion occur during the retrograde period itself.” See notes. https://www.astrology.com/article/mars-retrograde-aries-2020
A shortcut to describe the Aries character is: ‘I am’. The soul affirms its human expression, in the body. At the first level, Mars translates the needs of the survival human, for instance sexuality in its basic form; Mars is the male warrior who conquers to exist.

At a higher level of awareness, we as asked to find the I Am, ruled by alignment with the Divine. Mars is then the Axis, with which we align our frequencies to this or that, hopefully to the Cosmic Heart/Mind. (more in a future article). Where is mankind globally? Not very far on the path.

Mars will be square to Venus on June 2nd; T square to the Sun and the Moon on June 5th (eclipse). The eclipsed moon receives the impact of the south node. Old patterns to be resolved.
All this is leading to the present situation: emotions (Moon), desire for more kindness and pleasure in life (Venus), the need for self-expression and recognition (Sun); a fuzzy position of Mercury. All this encourages frustration, anger and explosions that we might regret.

Besides Covid19, the protests in the US, June could also display earthquakes leading to more alignment of mankind with the Cosmic frequential Axis.
The problem is that the explosive transits will continue. During the June 21st eclipse, Mars, still undecided should focus on higher dimensions (the positive side of Mars/Netpune meeting/conjunct). Otherwise, the planets will force the movement. Fortunately, the June 21st eclipse is in the North Node zone and we have no challenging angle with Uranus.
Mars retrograde is then pressing humans to align with the more refined energies. In good terms with Jupiter-Pluto-Pallas, working together on the new paradigm.

The next eclipse, happening with the summer solstice is important. After completing as much as we can before June 5th, we start a new cycle on June 21st.
At 0 deg Cancer, it is again strongly dominated by the Moon, reaction to emotions, feelings.
Saros 137, started May 1389. Looks like Sweden, Russia might be the most affected by historical events, although not major. Connected to years 2002, 1894, 1966, 1948, 1930, etc

Pay attention, as the ongoing meeting of Saturn-Jupiter-Pluto — within 6 degrees— square Neptune-Mars points at our difficulty to let go of old habits and structures of competition and personal gain.
Our belief system, the way we think must change, as confirmed by the opposition Pluto (transmutation, deep hidden motives, and agenda) and Mercury. Or are we misjudging situations and taking actions based on Illusions?
The transits Saturn-Mars-Neptune says: Collectively and individually, we must be responsible and make the right decisions to ease our path.
More later with the July 4-5 2020.

Tragi-comic: Kim Jong Un studied in Switzerland while North Korea was dealing with famine: “ Kim was shipped to Switzerland — where an older brother had already gone to study — around age 12 in 1996 during the devastating North Korean famine that killed up to 3 million people. He was left in the care of an aunt who posed as his mother and later defected to the US, where she ran a dry cleaners in Manhattan.
His classmate at the Liebefeld-Steinhölzli school in Bern in 1998, Joao Micaelo, described him as a reserved kid who could be temperamental and was obsessed with basketball, especially Michael Jordan. He also loved Jean-Claude Van Damme movies.
Kim studied abroad and spent family vacations skiing in the French Alps, going to EuroDisney in Paris, and swimming on the French Riviera, but this international experience didn’t translate into political enlightenment or empathy for his countrymen at home when he took over after his father’s death. Arguably all it did was inspire Kim to build an amusement park and ski resort that usually sit empty while ordinary North Koreans struggle to find enough to eat.” https://nypost.com/2020/05/02/inside-kim-jong-uns-childhood-at-a-posh-school-in-switzerland/

MARS CYCLE
Of all the looping wandering journeys Mars takes during its various retrogrades, its journey through Aries is relatively straight-forward and symmetric. In most other loops, Mars crosses the ecliptic well before and after actual retrograde motion and makes a wide foray away from the ecliptic during the actual retrograde. But since Aries is near the location of Mars’ north node in Taurus, Mars will cross the ecliptic plane in an upward fashion on December 1, just a little while after the direct station.
Like a hiker ascending a steep mountain via “switch-backs,” Mars does a zigzag from below to above the ecliptic in this part of the zodiac—actually getting closer to the ecliptic during the entire retrograde. This is definitely a rarer kind of Mars retrograde, with a chance to zoom into something much more closely than usual. It may be that through unconventional means (retrograde), we can actually get closer to the truth (the ecliptic is the orbital path of the earth). Also, because of the “Z” shape of this particular loop—most of the dramatic shifts in Mars’ motion occur during the retrograde period itself. This means that the pre and post retrograde periods may not be as volatile as they sometimes are in other loops.