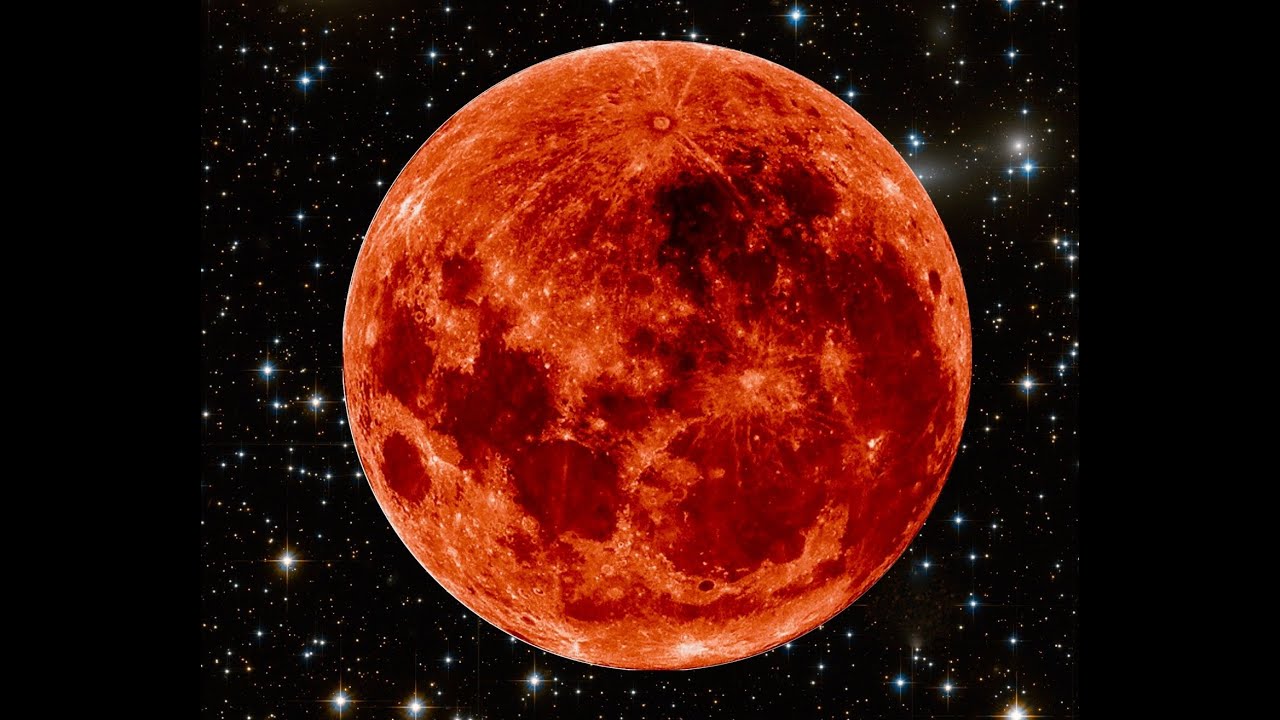 Significant connections: Saros started in 1047 , last one was 2003. [A Saros is a series, a family of eclipses, separated by 18-19 years. Spiritually speaking, a series evidences the steps of integration of a concept; the progressive implementation of an idea translated in the material realm. Read, TIME LOOPS in the Amen Book. Same concept.

The heretic communities now known as the Cathars — rebelling against the Church— appeared shortly after the millennium.  Their energy is linked to the modern Christ Frequency (to use a common term) = the Cathars anchored the Christ Frequency on Planet Earth. Humankind was not ready. They were exterminated by the Catholic Church. How well will mankind perform this time??

Also, for Cosmic news in 2003, see Books Cosmic Love; A Kiss for Lucifer. Also Video WHAT IS THE NEW JERUSALEM?

What is The New Jerusalem?

PREVIOUS POST ON THE MAY 26TH LUNAR ECLIPSE: Pole shift? Does not look like we made it! The aspects are too mild. May be a preparation… or another 13,000 years. For Heaven’s sake, I pray not to have to re-take this trip!!

The eclipse is happening in Sagittarius, sign of the wise Centaur pointing at the Galaxy. The soul’s metaphoric or spiritual journey is extraordinary and infinite. Over the centuries, we have developed philosophies, archetypes, beliefs, religions on which we have relied to guide us in this journey. The Moon, past, memories, sits next to the South Node,  the gifts and knowledge what we have acquired and relied upon. The eclipse is advising us to let go.

The Sagittarius is ruled by Jupiter; this implies that Jupiter is the ruler of the eclipse.

After years of negotiations with Pluto, then Saturn, Jupiter will finally reach home again, in the Pisces on May 13th, although for a brief moment.  Jupiter will thus operate without restrictions or after thoughts.  This, combined with the May 26 lunar eclipse, will feel like an appetizer. More freedom, more movement. The Sagittarius energy and Mercury in Gemini (his home) will make us feel that life is normal again, and the party can resume. Venus in Gemini increases the feeling of playfulness.

But the spring break will not last.  Jupiter squares the eclipse.  The travel and retrogradation of Mercury plus its relationship with Neptune (square) could indicate wrong of false information; may be something that we are not aware of regarding Covid.

The Neptune-Mercury square has a puzzling quality, as Neptune is also conjunct with Pallas, second asteroid discovered in 1802, just after Ceres.  Pallas-Athena is a warrior. Daughter of Zeus, she was born in full armor.

The moon thinks with the feelings arising from the past. Mercury is linear thinking, clarity, logic,  organization and structure of the thinking process.  As for Pallas, born out of Zeus’ head,  she channeled her energy upward, choosing independence. According to astrologer Demetra George, she connects to ‘creative intelligence.’ She is also said to intersect mind and action.

Located between Mars and Jupiter Pallas unites the personal and collective worlds.

War associated with thoughts could translate in the functioning of pioneers, crusaders, zealots preaching  with a spear in hand.  In the chart of Pallas’ discovery Jupiter in Leo is conjunct Saturn opposed to Pluto-Mercury in Pisces. A brand new way to think, ‘recognize patterns’ and organize the mind.  Her totem animals are the owl and the serpent, both symbols of wisdom.

The eclipse might then entice humankind to recognize old Piscean (Nep in Pisces) patterns, herd based,  militant type of behaviors and let go of them to welcome a more open minded and open-hearted, less sectarian view of the universe. The square Moon in Sagittarius – Jupiter reinforces this concept: over self-indulgence and sectarism are patterns from the past.

The positioning of Mercury might also hint at our newly developed, yet confuse knowledge concerning our galactic brothers. If we follow the trends on the streaming websites, humankind might slowly ingesting information about our ET neighbors. If we are more and more familiar with the presence and role of the ETs, it is difficult to have clear facts. The important point, in my view, is that the subject is now mainstream and that we understand our relationships with ETs.

For those who are more inclined to traveling inside, looking for the Divine Heart, then Jupiter will bring hope and a taste of the future.  The Jupiter-Neptune conjunction is not there yet. But the energy of the huge planet arriving in Pisces will bring more opening of consciousness… if we take in the transmutation of the mind, facilitated by Pluto (Pallas-Neptune/Pluto).

A transit that is ignored by the community: the almost 180 degrees between Mars in Cancer and Pluto in Capricorn. The Old initiation gates, moving along the precession. The opposition will be exact between June 5 and 6th (at 26 in each sign).

These energies translate into shady power dynamics. We know how corrupt our leaders and our astral selves can be. Me, me me.

We are still and fortunately  (I repeat myself again) dealing with the transmutation of our archetypal matrix. In June, Ceres – at the core of the initiation process— meets Uranus, square Saturn (break down structures), square Pluto, Pallas and Neptune are still together. This is an impetus to end the old initiatory system based on the power of the Underworld. Now, if I follow my vision, as described in the Wesak Minute, this is another powerful step in alignment (Mars is the Axis) with the new world. We are getting ready to be pushed around at the next Solar Eclipse.

Why is Ascension as we dream it so slow to enfold? Saturn starts retrograding on May 23rd. This is the first step backward since the Jupiter-Saturn conjunction. The power struggle is not over. Mars also trine to Neptune/Pallas,  could indicate a movement in the right direction.

ANOTHER POINT OF VIEW…

Overall effect of Lunar eclipse for next two months are:

“There may be a strain in the relationship with foreign countries.  The media, education, tourism, and transport sector will be badly impacted. Communications of all types like news, social media, etc. will affect negatively.  Restlessness among the working-class will increase, major accidents to properties will also be seen in almost all parts of the world.  Natural calamities like earthquakes may be felt for the next one month. There will be a positive impact on trade and finances.   Illness, increase in death, trouble to the government will be felt more.

This eclipse happens in Anuradha nakshatra.  As this happens in this nakshatra generally people are prone to respiratory ailments like wheezing, cough, and cold.

If the lunar eclipse is not visible in your present city then you need not observe any eclipse do’s and don’ts.”  Sreemata Jyotishalaya | Home (drapraoastrology.com)

For the French speakers, i found this video very educating, in terms of progressions. How the path of the Moon enfolds and modifies the possibilities; ABLAS astrologie. https://www.youtube.com/watch?v=QmNkcc77v5I

Let’s not forget the Christians and Bible readers.  Blood moons happen all the time.

The only difference for that one is what happened BEFORE, the last Great Conjunction, December 2020, etc

Great Conjunction, the Solstice of the Century, at least!

A ‘Super Blood Moon’ Is on the Way, Then a ‘Ring of Fire’ – Here’s What the Bible Says About Celestial Signs | CBN News

REBELLION in the SKY: Chaos on Earth, OUT OF BOUNDS PLANETS:

The Astrology of May – Jupiter Enters Pisces – (astrobutterfly.com)

“ If you are not familiar with the concept of “out of bounds” planets, this is a special condition a planet is in, when its declination is more than 23⁰26’22” either North or South of the equator

The word “declination” may sound like maths, and you may be tempted to roll your eyes and say “I don’t get this”, but it is nothing complicated really.

Planets rarely go out of bounds, and we can have months on end with zero out-of-bound planets. And in May we have 4!

“Egyptian archaeologists working in the Nile Delta have uncovered dozens of rare pre-dynastic tombs dating to the period before Egypt’s Pharaonic kingdoms first emerged more than 5,000 years ago.

They also found tombs from the later Hyksos period (1650 to 1500 BC) when Western Asian migrants took over the country, putting an end to Egypt’s Middle Kingdom.” Aljazeera.com, April 29th

ARCHONTES, NOT THE ARCHANGELS (for those who asked

This is what i have always felt, believed and said; always reacting to new age and internet trends. Another term picked up and revamped in the conspiracy theories.

Just landed on the term ‘Archonte’  in Secret Doctrine, I, p 235 in English. Stanza VII, DII SUNT DEMONES INVERSI. Funny, how many times i read this page without memorizing this detail. Human brain!!