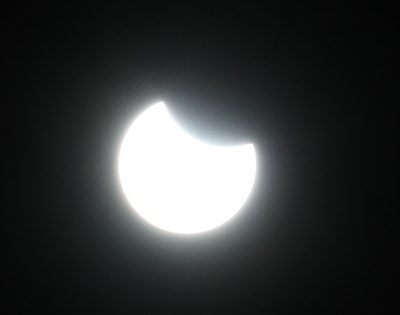 Will our Cosmic Brothers and Hierarchies allow a war?

The situation is explosive. No one is innocent. Yet, there is a Plan for mankind and this Vision, anchored hundreds, if not thousands of years ago shall prevail.

Do I know everything about the enfoldment of the Plan? No. But, more leaders shall be held responsible for their actions. Nations as organic wholes. Got answers in China and  Saudi Arabia.

We are all liars Thierry Messan

Stars over Washington – insights about timing, a difficult but interesting website. https://www.starsoverwashington.com/

“for the two societal planets [seen] as timer–Jupiter and Saturn, for their conjunctions relate to the beginnings of new social, financial, religious, and political orders which endure for about 20 years, with the current cycle in force since May 28, 2000 (@22Tau43). … with the sign Cancer involved, plus, the planet Jupiter, financial implications or complications are suggested by the July 2 Eclipse and by the July 16, 2019 Lunar Eclipse in Saturn-ruled Capricorn”

US: Use of nuclear power https://fas.org/irp/doddir/dod/jp3_72.pdf

Msn: “The document, entitled Nuclear Operations, was published on 11 June, and was the first such doctrine paper for 14 years. ‘Using nuclear weapons could create conditions for decisive results and the restoration of strategic stability,’ the joint chiefs’ document says. ‘Specifically, the use of a nuclear weapon will fundamentally change the scope of a battle and create conditions that affect how commanders will prevail in conflict.’”

The document quotes a cold war theorist, Herman Kahn, Kahn was a controversial figure. He argued that a nuclear war could be “winnable” and is reported to have provided part of the inspiration for Stanley Kubrick’s film Dr Strangelove.

The Nuclear Operations document was taken down from the Pentagon online site after a week.

July shall be hot, not just because of the summer, but because the energies have been building up to welcome two eclipses:

July 2d total solar eclipse, landing mostly over the ocean and a part of Chili and Argentina. Saros 127. Last one of the series: June 21, 2001.

The energy is already powerful: you are preparing for this new window of opportunities. If you want to understand how these energies have played out for your personally, look at 2001. For more dates, search ‘solar or lunar saros series + the number.

You remember that Pluto and Saturn are flirting with the south node. The eclipse is opposite to this trio, therefore next to the north node. The Dragon is thinking, under control by the god-head,

The Sun and Moon are meeting in Cancer, the sign for The home, self-world,  family, nations as a whole.

The Moon is in her space, the Cancer. Both are linked to our inner life, our feelings. Our emotions have been tested for a while, with Neptune/Jupiter giving a tendency to over-indulge in the emotional world. Khiron, spending 8 years in Aries, supports the recovery from old wounds, loss of self-confidence.

Neptune, running our emotions (until we can keep the bar at the Higher-Self level) goes retrograde, to support Saturn and Jupiter, also retrogrades: in case, we still have illusions or intentions to linger in the old drama, we have another chance to review our issues and make different decisions (if the choices of the past have not blossomed).

“We are at a turning point. You are given the option to change the course of things. Whatever you do now, it will reflect in the “final outcome” of these transits, which will happen in the last part of the year. Neptune square Jupiter will make us feel as though anything is possible, while Neptune sextile Saturn will help us to actually do something about our dreams and aspiration.

With Neptune, we want to be one with everything. We no longer want to feel alone and separated.”

(worse reading in full to follow the steps that you might have felt, taken to prepare for the July eclipses).

When the Sun and Moon are conjunct, all possibilities are open. If you want to make a fresh start, set and anchor your intents.

According to Vivian Robson (Fixed Stars),  Athena has a Venus nature with a jupiterian influence. Almost conjunct to Sun and Moon, it promises riches, honors, in brief, a good omen. However, it is square to Eris, the trouble maker, which explains the protests  against the authorities, i.e China or England. Czechoslovakia, largest protest since 1989.

The eclipse is sextile to Uranus in the Taurus, therefore helping to manifest what you have been working on. This theme is nuanced by the aspect Neptune/Saturn (30 degrees, semi-sextile, gentle): yes, you can bring your dream to fruition … if your work diligently (Saturn).

Opposite, Saturn and Pluto in Capricorn are pushing hard to change all global, governmental structures.

To understand the story and purpose of an eclipse, we need to connect it to previous ones. Professional astrologers throughout the web mention connections with a few different eclipses. Yet, intuitively and in view of the recent seismic activity, my guess is that we need to simply look at the saros effect.

What major event happened in the world in 2001? While I was distributing the Water of Life and had worked for months on the French ley lines, Mont Saint Odile, Paris, etc….

More than a thousand small earthquakes over 3 weeks. https://losangeles.cbslocal.com/2019/06/20/more-than-1000-small-earthquakes-hit-southern-california/

Earthquake increase in the past few days, above 5.5.

Also in France, Friday the 26th, 5.2 felt from Rennes to Bordeaux. In view of the size of the country, this is pretty extended.

And then, the next offered is: I refuse to watch it fully. Russia Military Capability 2018: 4 Minutes of Fury – Russian Armed Forces. Comments are interesting. https://www.youtube.com/watch?v=-sN4Q8z6I2o