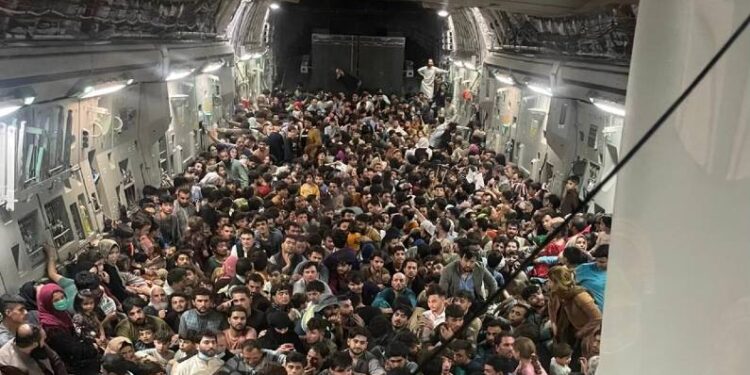 US, the Most Powerful, Gifts to the Taliban

Should we be sad or outraged? Or both? Besides the death toll and the horrors that the families trapped in Afghanistan are experiencing, the US has left 83 billions, yes billions worth of military power to the Taliban. What, the government has not planned to remove anything? We just replaced their old Kalashnikovs with the most modern material?

Built and trained at a cost of $83 billion, Afghan security forces collapsed so quickly and completely that the ultimate beneficiary of the American investment has turned out to be the Taliban, which grabbed not only political power but also U.S.-supplied firepower — guns, ammunition, helicopters and more. Billions spent on Afghan arm

American tax dollars: “$83 billion that was spent equipping the Afghan Army and now as a result has supplied the Taliban with the latest weapons and military equipment they could have never otherwise acquired.

the Taliban captured essentially all the necessary ingredients to fully equip both an army and an air force, spanning the gamut from 600,000 rifles and machine guns; 76,000 vehicles, such as high-mobility multipurpose wheeled vehicles, armored trucks, and pickups; radios, night vision googles, and drones; and 208 helicopters and fixed-wing aircraft.”

The US have left all files containing names, addresses, photos of citizens and Afghans who participated in the anti-terrorist effort.Joe Biden Just Gave the Taliban An Arsenal of Military Weapons – 19FortyFive

As the country with the more sophisticated intelligence agencies, no one at government level, could ignore the movements of the Taliban. How do we explain that the departure from Afghanistan was not prepared, organized? We had months to remove people and military equipment, months to erase data. Frankly, it is difficult to believe that we cannot do it from the US. What about hacking?

Astrology: if we look at the American Sibley Chart (the accepted chart as valid birth of the US: July 4, 1776, at 5.10pm LMT in Philadelphia, PA), America is going to experience a Pluto return; it means that, after 247 years, Pluto will return to the same position on the US chart, as at the time of the birth of the US. Pluto = renewal, transformation, death, rebirth…. In the house of the economy. In the natal chart and now Pluto is in Capricorn. Thus, all governmental structures will be affected. What are we ready for? A rebirth or a disaster? Or a pretty bad situation leading to the rebirth of the nation that is supposed to lead humankind?